The African culture must be always in the plural, given its existence ancient and its vast diversity. It should be remembered that Africa is not a country.

Archeology points to Africa as the longest inhabited territory on the planet. This has resulted in the profusion of languages ​​with over a thousand languages, religions, political regimes, material housing conditions and economic activities.

Currently, the African continent occupies one fifth of the earth, with more than 50 countries and almost 1 billion inhabitants.

It is a known fact that African history was written and told by European settlers.

The travelers, missionaries and colonial leaders were responsible for the first reports about the culture of the African peoples.

Thus, in addition to being captured to fuel colonial slavery, these peoples were usurped in all their rights, including telling their own story.

“Ethnocentrism” and “Eurocentrism” in European sciences during the 19th century are responsible for the conception of African cultures.

In this bias, they are considered primitive or barbaric manifestations, typical of the early stages of civilization.

Today, with the independence of African countries, there is an effort to recover African cultural traditions, as well as the constitution of a local historiography.

In the case of traditional cultures, much has been preserved and spread throughout the African continent, especially due to migratory flows through Africa.

This has allowed the preservation and combination of various cultural aspects among the peoples of the continent.

In addition, it is also noteworthy that most of these cultures are based on oral traditions, which does not mean absence of writing.

African peoples can be nomadic and wander the desert or settle in territory to build great empires.

They can also be made up of small tribes or great kingdoms, where the political chief and high priest can be the same person.

Whether ruled by lineage clans or specific social classes, these peoples will constitute great material and immaterial heritage present to this day.

These assets reflect the history and environment in which they originated. Therefore, they represent aspects of tropical forests, deserts, mountains, etc.

In religious terms, various cults are present in Africa, with emphasis on Islam and Christianity. Apart from them, there are traditional religions, often seen as the practice of magic and witchcraft.

Considered by the Europeans as animist peoples, some Africans revere the spirits of trees, stones, among others, and accept coexistence with unknown forces.

Each African people has their mythological origins to explain their origins. These traditional religions usually have a pantheon and are devoted to the worship of ancestors and the deities of nature.

The best known form of these religions involves the worship of Orixás (deities of Yoruba or Nagô origin) and encompass a wide variety of beliefs and rites.

On the other hand, material and spiritual life in African religions tend to blur the sacred and the profane. These dimensions are conceived as inseparable and inseparable. 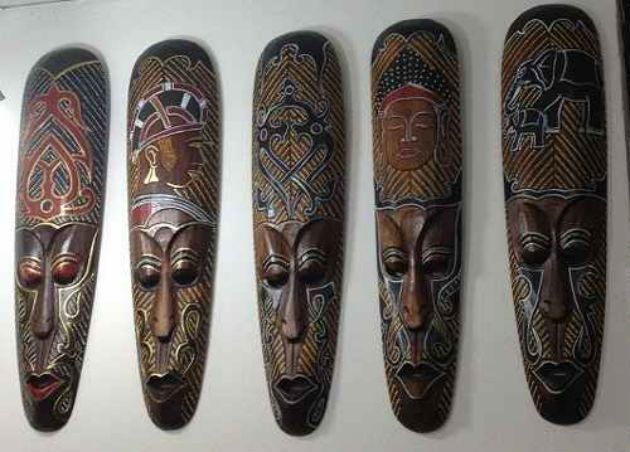 We must consider that much of the traditional African artistic production was made not to be seen and the material used in its making had a very symbolic value.

These pieces can be carved, cast, painted, braided, woven and used as body adornments, costumes and items for sacred or everyday use.

In turn, the famous African masks have elaborate designs and are used in ceremonies and rituals.

The renowned artist Pablo Picasso (1881-1973) was greatly inspired by these masks as well as African iconography to create an artistic style known as cubism.

Metallurgy was known and used to make weapons, tools and adornments, being more common in savannah regions.

Another very typical type of African artistic production is the ivory sculptures (Yoruba and Bakongo peoples).

Also known are the dances and traditional African music, marked by the drums and accentuated body movements, such as the rebolado.

Finally, African cuisine stands out, seasoned with strong and spicy flavoring condiments, with which dishes based on meat, vegetables, and even insects are prepared.

Major Peoples and Cultures of Africa 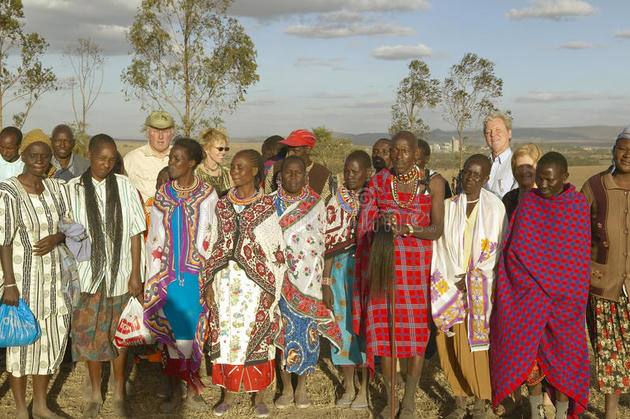 The main African civilization was undoubtedly the Egyptian, which built the first African empire over 5,000 years ago.

The ceramics of Nok (Nigeria) point to a highly developed civilization that lived from the 5th century BC to the 2nd century AD.

Later in the thirteenth century comes the mighty Kongo Kingdom. Other peoples, such as the Berbers (nomads of the Sahara desert) and the Bantos (region of Nigeria, Mali, Mauritania and Cameroon) also constituted large population groups in Africa.

Finally, Africans began to be colonized by Europeans from the fifteenth century. By the nineteenth century, they were fully under the control of European metropolises until the second half of the twentieth century.