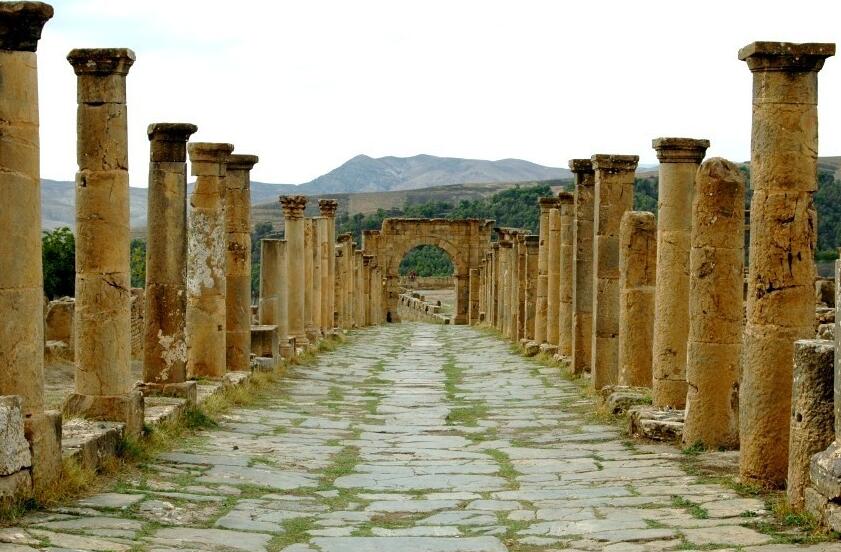 Algeria’s ancient history is about the history of the country from prehistoric times, through Roman and Arab rule, until the country was conquered by the Ottoman Empire in the 16th century.

Algeria ‘s oldest history is linked to tool finds that testify to human presence already about 1.8 million years ago. These findings, by Aïn el-Hanech, are among the oldest in northern Africa (Maghreb).

Rock axes made of homo erectus, approximately 200,000 years old, have also been found, as well as Neanderthal tools from about 43,000 BCE. , including from the Oran area. From there, knowledge spread westward, and Algeria then, in the early Stone Age, acquired highly developed techniques in the production of implements. Capsia, a hunter’s culture, existed in later Algeria and Tunisia between about 10,000 and 6,000 years BCE.

Neolithic culture, with agriculture and animal husbandry, grew up on the coast and in the Sahara 4000-6000 years ago, when the area had not yet become desert. Traces from this time include a number of cave paintings, including the Atlas Mountains, Ahaggar and Tibesti. Several of these show animals that are later away from Algeria’s fauna, such as elephant, rhino and hippopotamus. Lack of minerals other than iron ore meant that in this part of Africa there was hardly any bronze age. Therefore, tools were mainly made of stone, until knowledge of iron production was developed.

In the Stone Age, several ethnic groups migrated into North Africa, some of supposed origin in Asia. These formed the basis of what is considered Algeria’s original population: the Berbers (imazighen), which were divided into several tribes.

Today’s Algeria was in ancient times in an area in northern Africa that the Greeks called Libya, and Romans called Africa – after a former Phoenician designation. The Arab conquerors continued this use (Ifrïqiyyah), originally of an area that included modern Tunisia and eastern parts of Algeria.

The first written sources of Maghreb and Algeria’s ancient history are linked to the Phoenicians’ arrival in the area. Especially the eastern part of today’s Algeria was influenced by the rise of the Phoenician city state of Carthage, in present-day Tunisia, in the last millennium BCE.

The Phoenicians established trading stations in Algeria as well, while Carthage developed into a separate state that controlled the coastal areas – until it was defeated by the Roman Empire in the Punic Wars, in 146 BCE. to be obliterated. During a period between Carthage’s heyday and the Roman Empire’s control over the Maghreb, several small states existed.

One of the most prominent was the Berber kingdom of Numidia, which covered a larger area west of Carthage, in today’s Algeria. Mercenaries from here went into the armed forces of Carthage. During King Masinissa, Numidia joined the Roman Empire in the fight against Carthage, later to be incorporated into the Roman province of Africa (with the main emphasis in modern Tunisia), ruled by a proconsul with a seat in Carthage.

In the year 198 or 199, Numidia was made its own province. The administrative control of the Roman possessions was changed several times. Among other things, Emperor Claudius created in the first century the province of Mauretania Cæsarensis in the northern part of today’s Algeria, with Cæsarea (today’s Cherchell) as its capital.

Under Emperor Diocletian, the eastern part of this province was separated under the name Mauretania Sitifensis, with Sitifis (today’s Sétif) as its capital. The Roman expansion took place partly through political alliances, partly through military force during the first two centuries of our era, and met armed resistance from several local kingdoms and Berber tribes; In the 250s the power of the Romans was further weakened by attacks from Moorish tribes.

During Roman rule, several urban-based civilizations emerged in North Africa with political ties to the Roman Empire ; also in Algeria. Roman immigration contributed to this development. Among other things, Emperor Julius Caesar sent veterans from his army to the North African possessions, where they settled. Roman colonization also played a major role in economic development, with North Africa becoming a major producer of grain and olive oil for export to Europe – following the decline of agriculture during the first period of Roman rule. Christianity gained an early foothold in North Africa and later Algeria.

The downturn of the Roman Empire also affected the Maghreb, and in the year 429 a Germanic tribe, the Vandals, crossed the Strait of Gibraltar and conquered the Roman-controlled parts of Algeria in 435. Several local kingdoms emerged during this period. Emperor Justinian invaded North Africa to regain control and defeated the Vandals in 533-534, but still faced resistance from tribes, including Algeria. The Maghreb did not become a priority part of the Byzantine Empire, and Byzantine control extended no further west than to Sétif in Algeria; the areas of the former Mauritania Caesarea could therefore govern themselves.

Several new kingdoms were established, including in the Tlemchen region. During the Byzantine period, the urban population declined significantly – until North Africa was invaded by Arab conquerors in the 600s; Algeria conquered in the 7th century.

Arab forces entered northern Africa and conquered Egypt in 642. From there, they moved west into Maghreb, which in 705 became a province in the Muslim Omayyad empire, ruled from Damascus. In 750, the Abbasids took control of the Islamic world, and the Caliphate was seated in Baghdad.

Tunisia and Algeria were conquered in 761. In Algeria, an immigrant group from the ibadi people, led by Abd al-Rahman ibn Rustam, directed attacks against the Abbasids. He was proclaimed the imam of the ibadis, and created his own Rustamid state with the capital of Tahart (today’s Tiaret) in 776, and ruled until 909. Local Berber dynasties were essentially left to rule their respective territories, and it was frequent conflict between these. During this period, Islam quickly gained entry and displaced Christianity.

The Arab invasion, which stretched all the way into Spain only in the 7th century, submerged the coastal areas, but not yet the mountainous areas of Numidia. The Arabs mingled with the Berbers, and throughout the area, Arabic language and culture gained increasing influence. In the 8th century, the Arab, Muslim Aghlabid dynasty (also known as Banu al-Aghlab) ruled Tunisia and eastern Algeria. Formally subject to the Abbasid caliphate, it was in fact self-governing, establishing its capital, Kairouan.

Discontent with the Aghlabid regime, and opposition to the Abbasid caliphate, led to an uproar from supporters of the Shiite Ismailiah sect in Syria, which also gained a foothold in the Kutama people of Kabylia. From 901, the rebels took control of the aghlabid- held territory of Algeria, then Tunisia, including Kairouan in 909. This laid the foundation for the Fatimid rule in the region, established by Ubayd Allah al-Mahdi Billah.

The new regime then went west, including the Imaman Tahart; then they surrendered areas in the east, including Egypt in 969 – with Cairo as the capital of the kingdom. At the same time, the Fatimids effectively overthrew the rule of Algeria, transferring power to the Zirids (the Zayrids), a Berber dynasty (also known as Banu Ziri) that ruled in the period 972–1148; named after the Fatimid’s foremost ally in Algeria, Ziri ibn Manad.

Part of the zirid-controlled area of ​​northeastern Algeria was ruled by the Hammadids (Banu Hammad), named after Hammad ibn Buluggin, who was detached from the Zirids. As a result of religiously contradictory oppositions, and widespread rebellion, the Fatimids sought to reestablish their rule in 1044. This was done by sending two tribal groups, Banu Hilal and Banu Sulaym, westward from Egypt, fighting the Zirids and the Hamadids, and invading Cairo (1057).

This meant a new Arab invasion that affected the development of the Maghreb over the next hundred years.

Early in the 1100s, Algeria east of Alger was subject to the Almoravids, a Berber dynasty originating in the Sahara. They were soon supplanted by another Berber dynasty, the Almohads, who invaded Algiers around 1151, and then took control of the entire Maghreb – which, for the first time, was assembled under one rule, in a Berber kingdom.

Almohad’s control of eastern Algeria ended when Banu Ghaniyah, a Berber family with roots in the Almoravid dynasty, with Arab support occupied the area in 1184. Then, after several military campaigns in 1204-1207, Almoravids succeeded in regaining control of the area, and deployed ocean sides to steer.

Maghreb was then divided into three Muslim states, each governed by a Berber dynasty. The Zayyanids (Banu Zayyan, also known as Abd al-Wadid), with its capital in Tlemcen, ruled most of western Algeria; the sea sides (Banu Hafs) ruled eastern Algeria and Tunisia ; the marinids ruled Morocco.

Banu Zayyan established a kingdom in Tilimsan (Tlemcen) in 1236. This was then challenged, and during periods held by the Marinids. In the 1400s, an unsuccessful expansion eastward weakened the empire to become a vassal state, alternately under the Marines in Morocco, the sea sides in Ifriqyia and Aragón in Spain. In 1554, the kingdom of Tlemcen became a protectorate in the Ottoman Empire, which then deposed the Zayyanids and left the country under Algiers.

The sea side was established as a kingdom in 1230, and lasted until 1574 – with its headquarters in Tunisia, and control of parts of eastern Algeria and Libya, but had significant control over the coastal areas. For a short time, the Hafsid dynasty was also a caliphate for the entire Muslim world (1258). The dynasty expanded its trade with Christian Europe, partly based on trade routes through the Sahara, at the same time as the piracy business grew.

The sea sides were weakened both by internal strife and by the fact that several parts of the empire became self-governing. It was challenged both by France and by the Marines in Morocco. Later, there was pressure between the rival powers of Spain and Turkey (the Ottoman Empire). From 1535, the sea sides in Algeria became subordinate to Spain, while the Turks took control of Tunisia in 1574.

The Spanish march in North Africa occurred as a result of Islamic control in Spain ended with the final defeat of Christian forces in 1492. Then the Spanish Moors sought refuge in Algeria, among others – as the third Arab invasion of the country.

The new Christian rulers in Spain pursued the fugitive Moors, and conquered several fortresses and cities in the Maghreb, including Algeria, including Mers el-Kébir (1505), Oran (1509) and Alger (1510). They left Algiers as early as 1529; Oran first in 1708. 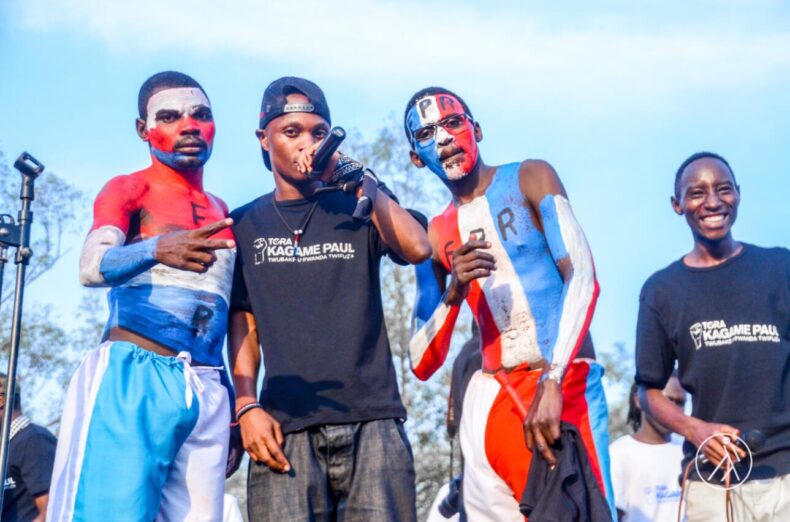