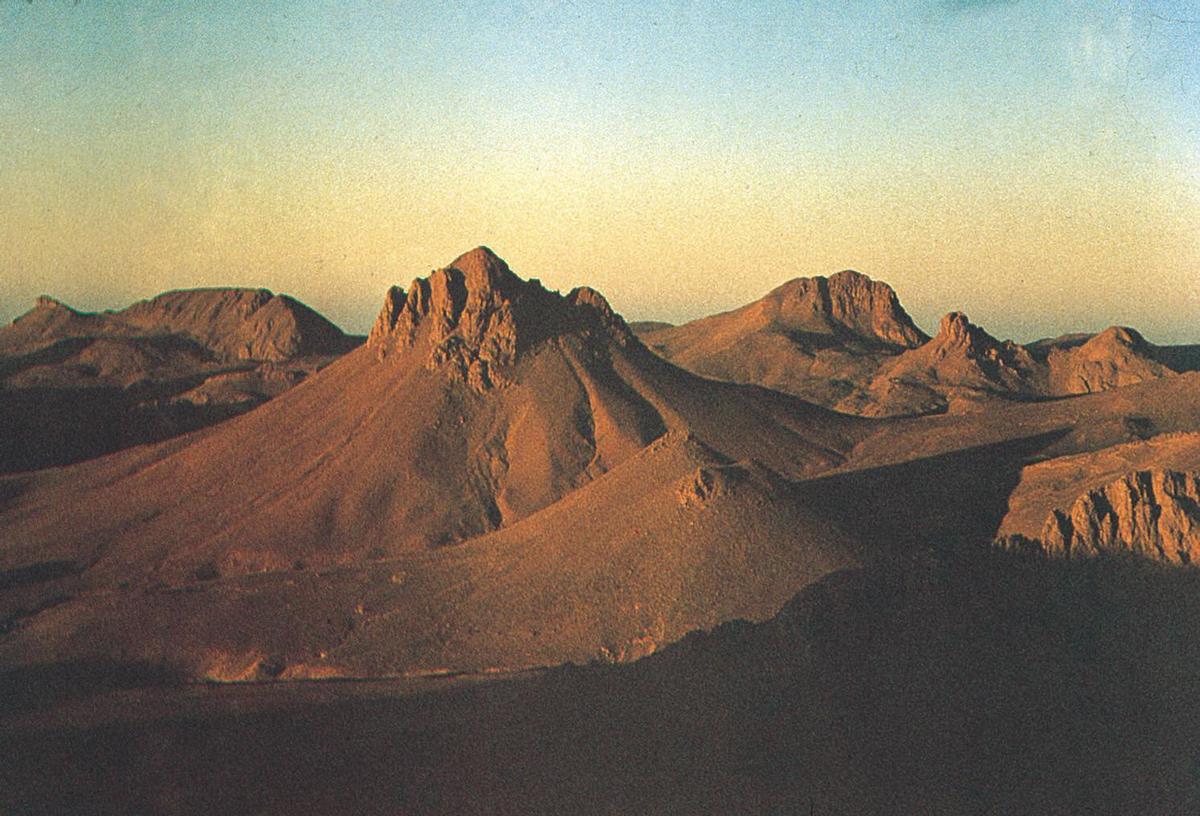 The towns along the coast and in the lowlands of Algeria have had a continuous settlement through different cultures, but it is difficult to see clear and distinct traces before Roman times. In Thamugadi (Timgad) in eastern Algeria’s rich archaeological remains from Roman times. The excavations from this show that the Roman town plans in North Africa had clearer Greek features than can be found in Italy. A distinctive feature of North African Roman basilicas is that they have a large number of ships, such as eight cargo ships in Carthage and four in Orléansville. The Byzantine period has left no notable architectural monuments or other art treasures.

Tassili is a mountain region in central Sahara. Here, in 1933, rich finds of cave paintings dated to the younger Stone Age and to the time around the birth of Christ were made.

After the Arab invasion, close contact with both Moorish Spain and the eastern Muslim areas arose, leading to an artistic and cultural boom. Buildings with the fluted arches and the dripstone-like decor, which is so typical of Moorish architecture in Spain, were made from the early 1100s. From the 13th and 1300s, many mosques and mattresses and other large buildings have been preserved, including in Tlemcen, Kalaa and Bougie.

Modern visual arts are strongly influenced by French art. Many French artists have lived and worked in Algeria, including Delacroix. There are museums that have large collections of French art. Art academies based on French designs have also been established. Modern Algerian artists have tried to combine the Western impulses with Islamic culture. Mohammed Khadda is a pioneer in his use of Arabic calligraphy. Others have drawn inspiration from North African folk art, such as the painter Baya Mahieddine (born 1931).

Algerian Arabic music belongs to the western direction within the pan-Islamic culture: maghreb. The classical repertoire includes the Andalusian composition form nawba, a 9-piece vocal and instrumental form performed by male musicians. Female musicians have a different repertoire, related to both art music and folk music. Important instruments are the lute (out), the stringed instrument rhubarb and the European violin.

The Berbers have their own traditions which include profane, ritual and religious music. In some religious groups, ritual music is used as a means of achieving an ecstatic, trans-like state.

There was a music scene in the French colonial era with strong ties to Europe, but after the liberation in 1962 an Arabization process has taken place that has given Islamic art music a strong position.

In popular music, the style of rai has been in effect since the 1980s. It has its roots in folk music as well as in entertainment music that was played in the cafes in the big cities, especially Oran, in the 1940s and 1950s. In addition, it has extracted essential elements from Western rock and pop, among others. the use of synthesizers and other “modern” instruments. The texts, which are in Arabic, are largely about youthful liberty and rebellion against religiously based social conventions, and often touch on taboo topics such as intoxication and eroticism. This seems very provocative to Muslim fundamentalists, and in 1994 and 1995 two of the foremost Rai artists in Algeria were murdered. Many of the practitioners have sought refuge in France, where they have a large audience, not least among the descendants of North African immigrants.

Since the liberation war, Algerian films have regularly made their mark internationally. In the early years, the war was the dominant theme. Among the first major productions are the compilation film L’Aube des damnés (1965), a broad depiction of the colonization of Africa, made by director Ahmed Rashdi in collaboration with author Mouloud Mammeri. The stresses of the war on civilians were portrayed in feature films such as Une si jeune paix (1965) by Jacques Charby and Vent des Aurès (1966) by Mohamed Lakhdar Hamina. The short-lived private company Casbah Films contributed with the noted co-production with Italy, La Battaglia di Algeri (1965), directed by Gillo Pontecorvo.

Both production and distribution were monopolized in 1967 through the state-owned production company L’Office National pour le Commerce et l’Industrie Cinématographiques ( ONCIC ). Younger directors managed to get away with accounts of the conflict between the old and the new society, often attributed to rural life. Several films have received international distribution, including Le Charbonnier (1972) by Mouhamed Bouamari and Omar Gatlato (1976) by Merzaq Allouache. Hamina won the Gold Palm in Cannes with the Chronique des années de braise (1975), a story spanning the last 30 years before the liberation war.

Decline in cinema visitation and debate about ONCIC ‘s role led to a series of restructuring in the 1980s and 1990s, both by film and television production. This process culminated with the closure of most state film schemes in 1997 and 1998, and the collapse of feature film production. However, directors based in Europe (so-called beur filmmakers) have kept up some production, from Mehdi Charef and his Thé au harem d’Archimède (Tea in Arkimedes’ harem, 1985) onwards.