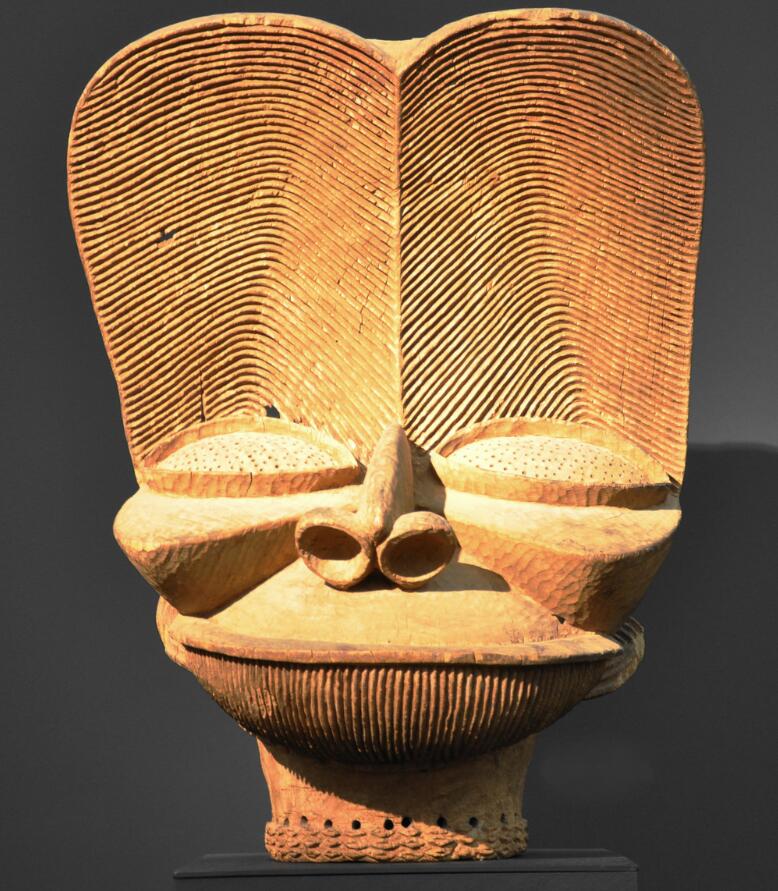 In art, Cameroon’s central parts and neighboring Nigeria’s eastern parts are often treated as a whole. Here we find a more uniform style than in other African regions. Common objects are circular sculptures and reliefs in wood, which are often painted with few colors.

The pottery can be traced back to 16th century traditions; mold processing takes precedence over detail work. The masks often have grotesque features.

The traditional architecture has a monumental character with a clear emphasis on verticality. The houses can have door frames in carved wood, flanked by sculptures.

Even in dusty and poor Northern Cameroon, the costumes are often colorful and often worn with various jewelery and other ornaments of both genders.

Cameroon is very diverse and is often referred to as an Africa in miniature, which may explain that there is a huge range in the country’s art and cultural expression.

Traditional cultural and religious traditions have contributed to the development of music, dances and festivals to celebrate ancestors, important life events, harvest and so on.

In the southern part of the country, cultural diversity has been expressed in music in the form of a unique fusion of own forms of music and of music from neighboring countries such as highlife from Nigeria, soukous and rumba from DR Congo, but also by Zouk from as far away from home as Guadeloupe and Martinique in the Caribbean.

From Cameroon’s economic capital Douala, from the middle of the last century, a form of music called the macossa developed that blended local ‘soul’ traditions with this popular dance music from neighboring countries. As with all former French colonies, France and especially Paris acts as a melting pot for art and culture from various parts of the former colonial empire, which Cameroon’s music and culture is also influenced by.

In the capital Yaoundé, another form of music called bikutsi has gained much popularity. Bikutsi is like the macossa built on traditional rhythms and for bikutsi this is about traditional dance rhythms from the area around Yaoundé, especially from the ethnic groups Beti and Ewondo.