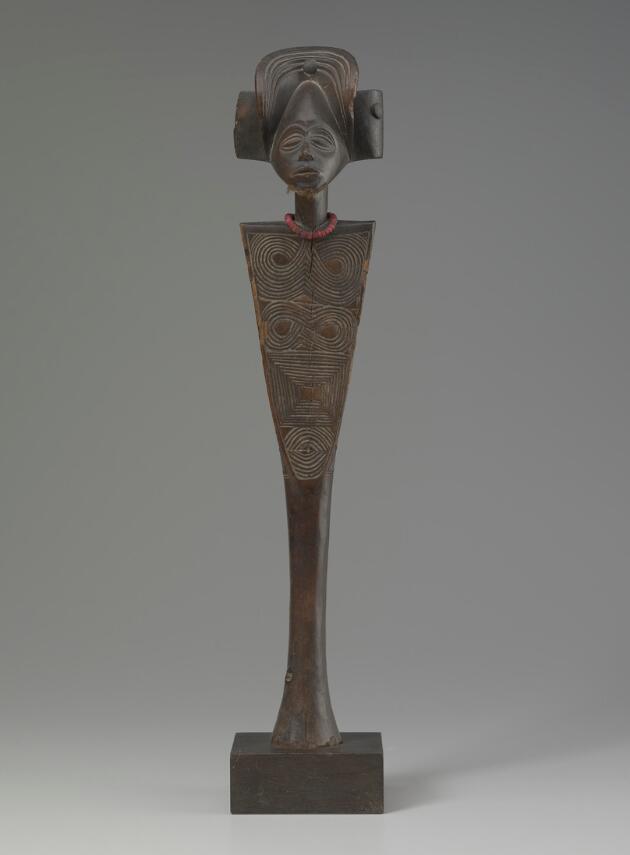 Wood sculpture, wood carving and ceramic work with engraved patterns are among the most widespread forms of art in Angola. Outstanding artists are found, for example, in the Lunda and Bié areas.

Typical of the country’s crafts are bracelets and necklaces of shells, woven mats and wicker baskets. In some folk groups, facial and body tattoos are common among both women and men, and women often have artful hairstyles that are typical of the area or people they belong to.

Older cave paintings are known primarily from the San people’s areas south of the country; a larger discovery has been made in a cave at the foot of the Chitundulo Mountains in the Namib Desert.

Music traditions vary between different ethnic groups. The multi-voiced singing style among nomadic kings, with little use of instruments, differs from the Bantu people’s singing, where alternation between lead singer and group is common.

The slave trade brought music from Angola to the Caribbean from the 16th century. In recent styles of music, the influence has gone in the opposite direction, so that one can label elements from Latin American music, apart from Zambian and Congolese popular music.