The Treaty of Versailles in 1919 deprived the Cameroon colony of Germany and awarded it to France. A smaller area in the west of the country, on the border with Nigeria, went to Great Britain. This former division still has an impact today: the Republic of Cameroon has two official languages – French and English.

To travelin Cameroon, visitors come across a rich cultural heritage. Because of the large number of peoples living here, the traditions and art forms in the individual areas differ greatly from one another. Of the French Part of Cameroon has the flair of colorful, lively West Africa, the English-speaking part looks a bit calmer and more sedate.

There is a lot of singing and dancing in Cameroon, the national sport is football. The artistic city traditions are also preserved to this day. As a visitor, you are warmly welcomed everywhere and invited to get to know the customs and traditions better.

As in many African countries that impress with their nature, Cameroon also relies on tourism as a source of income. The wildlife reserve Dja, which has been a UNESCO World Heritage Site since 1987, is certainly one of the attractions for tourists. If they come to the country more and more, that is also good for the economy and a stable policy, because tourism also provides numerous interesting job offers here.

The state in Central Africa celebrates its national holiday on May 20 each year. This festival is very generous, the highlight is a parade in Yaounde.

Cameroon has produced numerous talented writers who are also internationally recognized. In addition to Francis Bebey and Mongo Beti, Calixthe Beyala and Ferdinand Oyono are among Cameroon’s famous writers. Mongo Beti has also been known in Germany since the 1950s. At that time he wrote a novel in which he gave a critical account of the missionaries in Cameroon. This book caused an international sensation under the title “Christ von Bomba”.

In addition to the poetry, the music scene in Cameroon is always surprising. One of the most famous musicians in the country is the songwriter Francis Bebey, who is also a poet, singer and composer. He is of course a role model for many young musicians in Cameroon. Just like Manu Dibango, whose most famous work is the album “Soul Makosso”.

Here is a full list of the major cities in Cameroon.

Form of government: Cameroon has been a presidential republic since 1972 and is represented in the Commonwealth. The constitution dates from the same year, the last constitutional change was made in 1996. The parliament, elected for five years, is made up of 180 members. Since 1 January 1960, East Cameroon from France and since October 1, 1961 West Cameroon from UK independent.

Language: The official languages ​​in Cameroon are English (spoken by 20% of the population) and French (80%). According to the constitution, both languages ​​are given the same position. Bantu, Semibantu and 22 other African languages ​​are used in Cameroon.

Local time: CET.
There is no changeover between summer and winter time in Cameroon.
The time difference to Central Europe is 0 h in winter and -1 h in summer.

Cameroon is located on the Gulf of Guinea and borders on Equatorial Guinea, Gabon and the Republic of the Congo in the south, the Central African Republic in the east and Chad and Nigeria in the north.

Cameroon lies between 2 ° and 13 ° north latitude and 8 ° and 16 ° east longitude at the intersection between West Africa and Central Africa. The country emerged from the southern part of a British mandate and a French-administered territory. As a former German colony, these two powers were transferred to the League of Nations after the First World War. At that time, however, France had already reintroduced the territories ceded to the German Reich in 1911, which formed a corridor to the Congo, into its own colonial empire. Today’s Cameroon represents the area of ​​the German colony around 1910, without the northern part of the English mandate, which voted in a referendum to remain with Nigeria.

The name Cameroon is derived from the Portuguese name for shrimp. The first “explorers” considered the crayfish in the estuaries to be shrimp.

Here you can find a detailed topographic map of Cameroon.

The landscape diversity of Cameroon is determined more by the fact that the country shares in several climatic and vegetation zones than by the geological subsoil. Cameroon essentially represents a highland interrupted by depressions, which is preceded by a coastal zone formed in the Tertiary. The highlands belong to the African masses formed in the ancient world. Younger volcanic rocks are lying on it in the west, indicative of an unrest zone in the earth’s crust.

The interior consists mainly of flat plateaus, which rise to the north to the Adamawa highlands and then gradually decline again to the lowlands of Lake Chad in the extreme north. The west is dominated by volcanic mountains, which near the coast are dominated by the active volcano and the highest elevation in West Africa, the Cameroon Mountain.

The semi-desert in the north merges into the hilly Adamaoua savannah. In this region, which borders the Mandara Mountains in the west, there are numerous animal protection areas and mineral deposits. The Benue River, which flows into the Niger to the west, rises in the Mandara Mountains. Waterfalls and up to 2,000 m high volcanic peaks covered with bamboo are in the northwest. There are mangrove swamps on the agricultural coast, behind which a broad forest belt rises to the savannah highlands. The southern plateaus are covered with rainforest and descend to broad plains in the coastal area.

The soils in Cameroon are usually not particularly fertile. Lateritic soils, which have a reddish color due to the high iron content, predominate. Only the volcanic soils in the west and on the coast are very productive.

This map of the population distribution in Cameroon was created by the Worldmapper team. Densely populated areas appear bloated, the area of ​​sparsely populated areas is reduced. The shape of the grid has been preserved; an underlying map with the original geographical extent helps interpret the map. The distorted map should help to present abstract statistical information clearly. 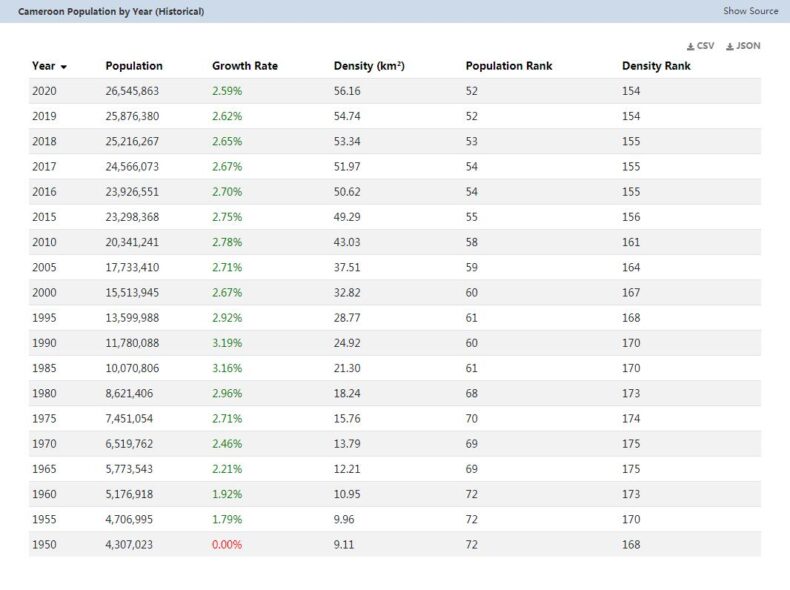 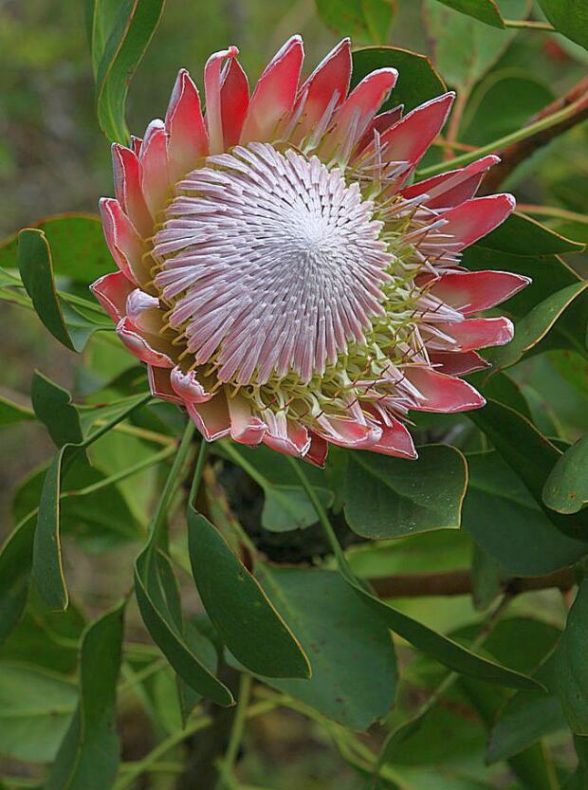