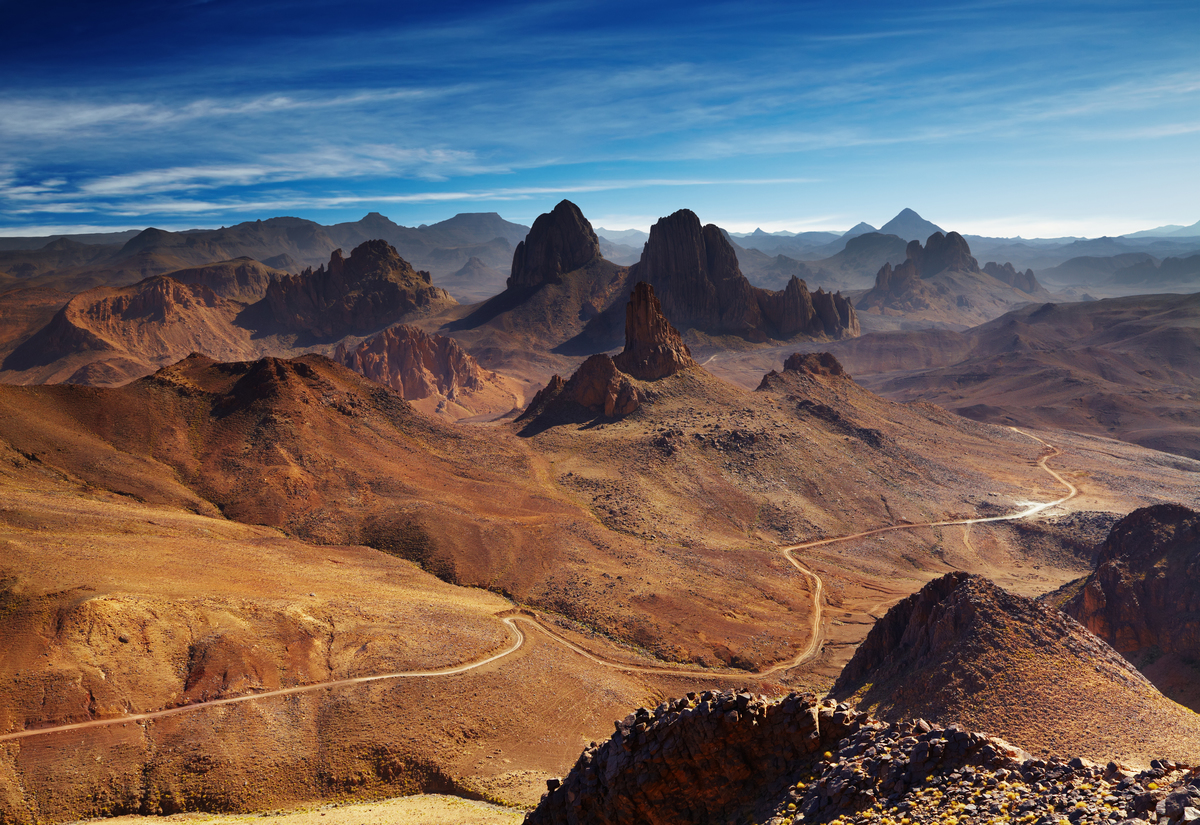 Algeria consists of two main geographical regions: the coastal and mountain zone in the north, and the Sahara in the south.

Within the approximately 1200 km long Mediterranean coast lies a distinctly mountainous landscape. Only a narrow and disconnected coastal plain separates the Atlas Mountains from the Mediterranean. The Atlas Mountains form three parallel systems along the coast. Closest to the coast is Tell-Atlas, where crystalline masses alternate with steep and wild peaks made up of limestone and other sediments. Tell-Atlas is heavily folded and broken up by coastal lowlands and valleys, including the 350 km long valley around Chelif Oued, which is the country’s longest river. The mountains reach their highest heights in Kabylia with peaks close to 2000 meters above sea level. 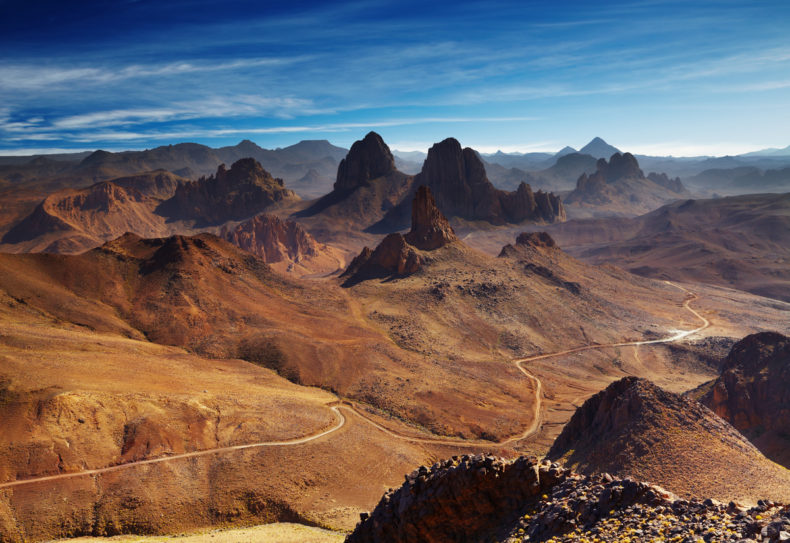 Ahaggar is a mountainous massif in Africa, in central Sahara, the majority within Algeria’s borders.

South of Tell-Atlas there is a belt of high plains, 400-1000 meters, up to 160 km wide in the west, narrower to the east. The high plains are in stark contrast to the fertile and densely populated Tell-Atlas. Characteristic are the many lowers with drainless swamps and salt lakes, the so-called chott. The largest, Chott Ech Chergui, covers an area of ​​several thousand square kilometers.

To the south end the high plains of the Saharan Atlas, which are made up of limestone and sandstone, forming among other things the mighty Aurème massif which reaches 2328 meters above sea level. To the south of the Atlas Mountains is the Sahara, the world’s largest desert that consists of several different landforms: dunes, rock plateaus and oases. At the far south-east lies the volcanic Ahaggar massif, which rises to about 2900 meters. 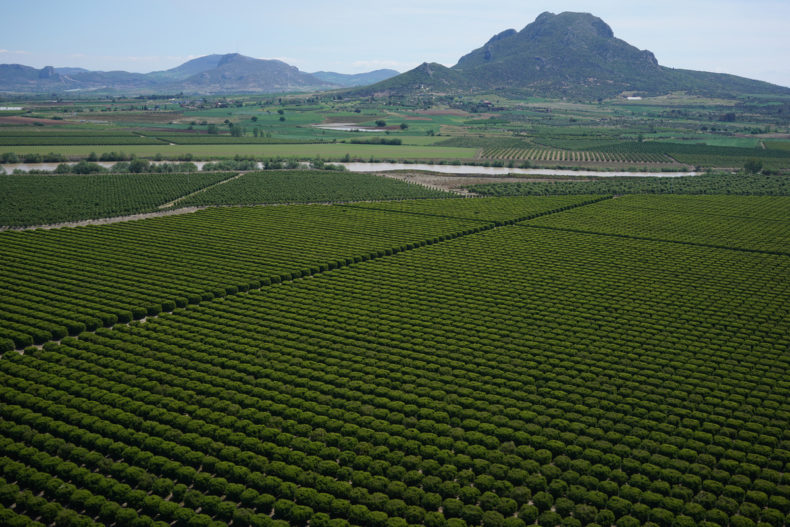 By far the largest part of the population lives in the coastal zone, with its Mediterranean climate. Oranges are grown here.

The Berber monkey or Gibraltar monkey lives in northern Algeria. Blekrev, sandbars and Fennek or Fennec Fox occur in deserts, golden jackal and foxes have greater penetration. Dorcas and atlas gas cells can be found in semi-desert, misery in high desert areas. Bird life is rich and varied with, among other things, kite, vultures, desert runs and sandgrouse and many different larks and steinskvetter. A number of duck and waders winter in the north. 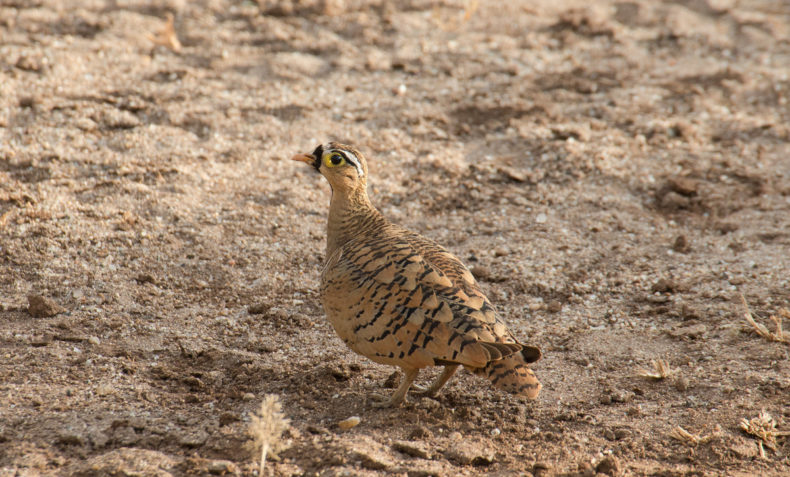