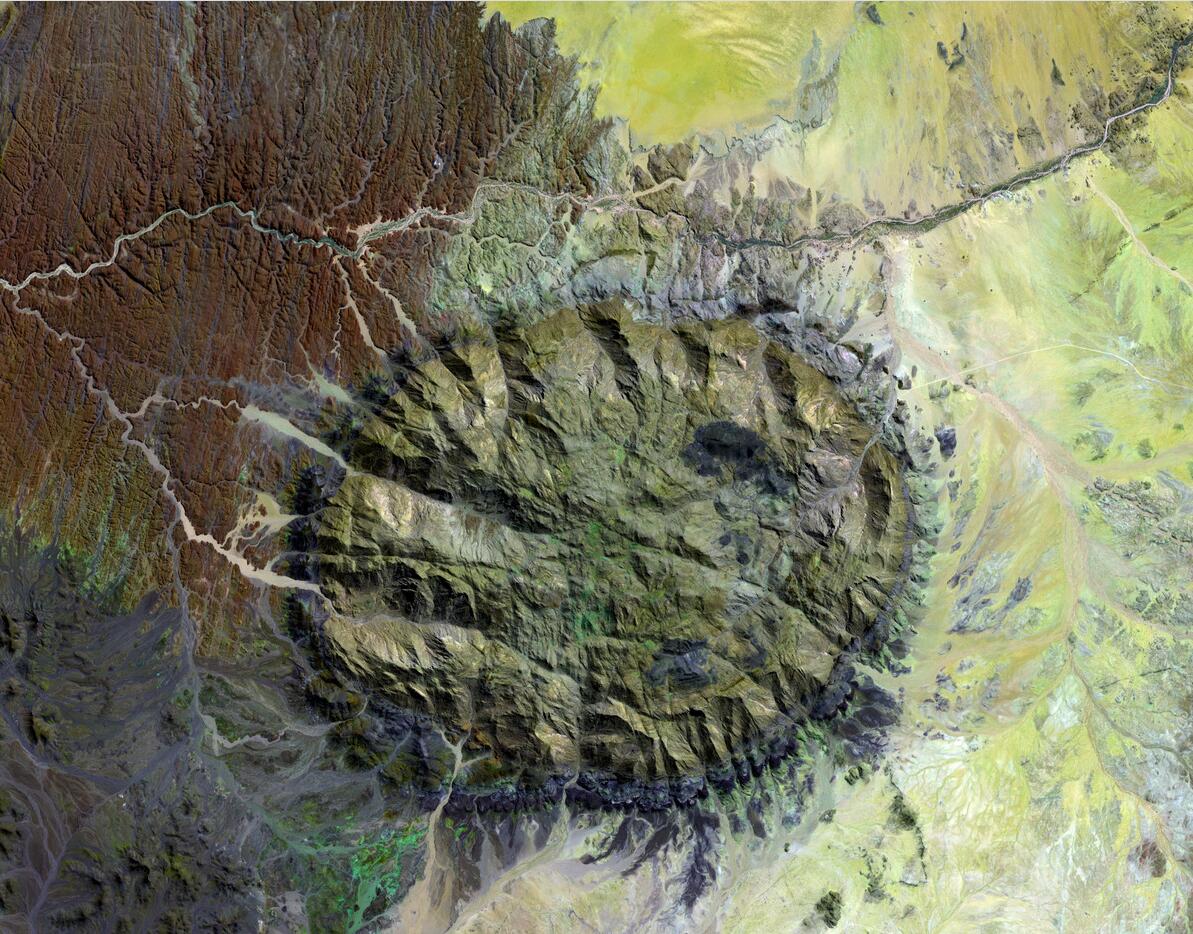 The bedrock in Namibia consists mostly of metamorphic bedrock with areas of conglomerate and sandstone. To the east, towards the border of Botswana, the bedrock is covered by the sand of the Kalahari Desert. The coastal zone (with the Namib Desert) is 70-160 km wide. Southwest of Walvis Bay, the Namib Desert has large sand dunes. Within the coastal zone lies a central plateau of 1000–2200 m, which in the east passes into the Kalahari basin. Higher mountain ranges in the north (Ovamboland and Damaraland), around the capital Windhoek and in the south (Namaland). The country’s highest mountain is Brandberg, 2579 meters above sea level. In the north lies an approx. 4800 km 2saline, Etosha, which is the remains of a former lake that has been dried. Today it forms the central part of Etosha National Park (approximately 23,000 km 2 ). Watercourses with permanent water flow can only be found along the country’s borders. 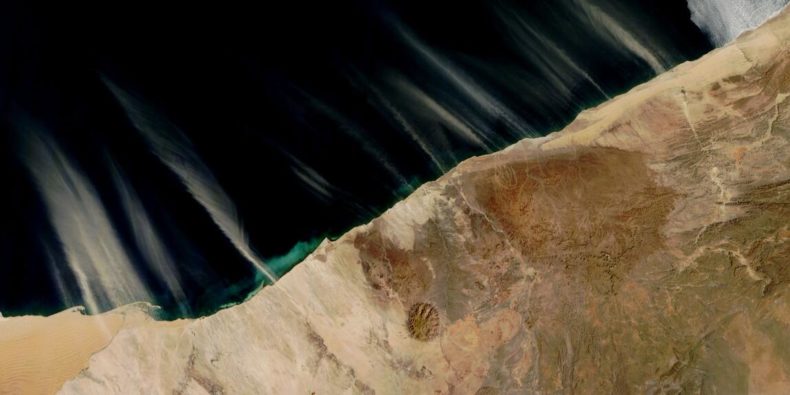 The country lies in the subtropical belt, with the exception of the northeast corner that enters the tropical zone. It is very dry: The coastal strip has an average of less than 50 mm of annual rainfall, and only in the northeast does 400-600 mm of precipitation provide opportunities for denser settlement. The rainfall varies greatly from year to year, and the rivers carry water only for short periods. Due to cold winds and ocean currents from the southeast, the climate in the coastal zone is cool in relation to the latitude.

Detailed climate information about Windhoek (the capital) on the website of the World Meteorological Organization.

Namibia is located in the west of southern Africa, on the Atlantic coast. Capricorn’s turn circle crosses Namibia approximately in the middle. Most of the country consists of high plains and the landscape is dominated by several deserts. The highest point is Königstein, which stretches 2606 meters above sea level.

It is common to divide Namibia into four geographical zones. The Namib Desert extends along the coast throughout the country (and further into both Angola in the north and South Africa in the south). The width varies, but is generally around 100 kilometers.

In addition, a small strip of land called the Caprivi Strip extends between Zambia and Botswana in the northeast. The area became part of Namibia as the area was a German colony for the German Empire to gain access to the Zambezi River.

The climate is dry and Namibia usually has more than 300 days of sunshine a year. There is a short rainy season between September and November and a longer rainy season between February and April. The winters are dry and last from June to August. There are no permanent rivers in Namibia, only dry rivers that fill up during the rainy season. The rainfall varies from 50 mm a year in the Namib Desert to 700 mm in the Caprivistripen, but in years of drought it can rain less.

Namibia is one of the few countries that have conservation and protection of nature enshrined in the Constitution. There are 200 different mammals and 645 bird species in Namibia, as well as a variety of reptiles, mollusks ( molluscs ) and insects. Several of the animals are endangered, including black and white rhino, African wild dog and puku, an antelope of which only about 100 specimens are left.

Brandberg Massif, the burning mountain, was created 120 million years ago when a granite mass broke through the crust of the earth. There is no volcanic activity in the mountains anymore, but the granite glows red in the sunset.