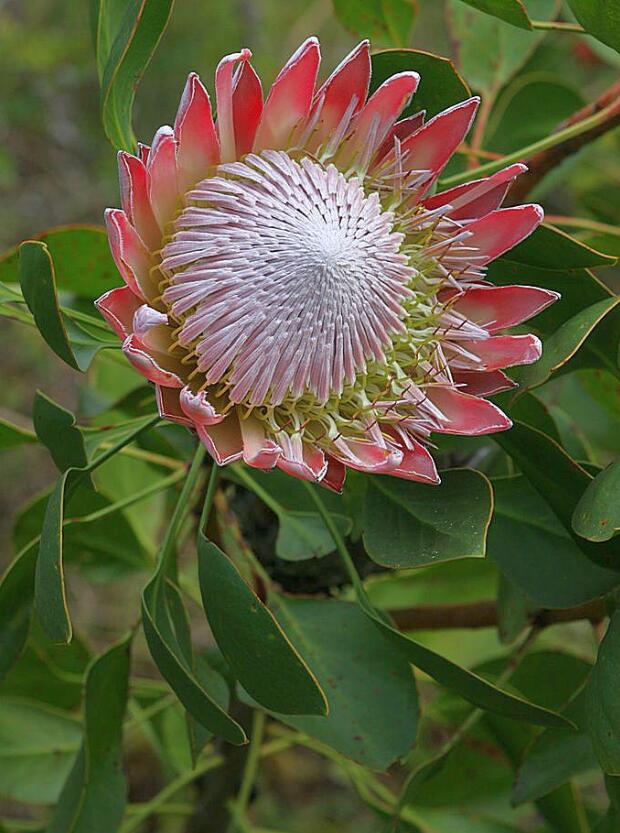 The South African plateau (900–1800 meters above sea level) is an ancient bedrock shelf, the Kalaharikraton, built of gneisses and granites. The rocks are 3000 million years old and belong to Earth’s oldest formations. Here lies Witwatersrand or The Rand, an altitude that extends 300 kilometers east – west, with the highest altitude 1,800 meters above sea level, and contains the world’s richest goldfields.

The plateau is bounded by the foothills, in the east the over 3300 meters high Drakensberg, in the south including Sneeuberge and Swartberge. Over the rolling high plains rise many plateau mountains, “kopjes”.

From the Rand Mountains, the country descends into terraces towards the coast, which in the west is low and flat, in the south and east steep and cut, north of Durban low and swampy. Deeply cut river valleys help to give the mountains a wild and rugged appearance.

The water flow in almost all the rivers is intermittent, and for that reason not very suitable for power generation. Even the main river Orange is almost dried up before it reaches the sea. It, like the Vaal bee, comes from the eastern mountains. The rivers are also not navigable, but are used for artificial irrigation of agricultural areas.

To the southwest, the landscape is characterized by elongated folds of mountains, which extend north and east from Cape Town, forming a cut coastline where it flows into the sea. The coast is otherwise smooth, with few inlets. The continental shelf is poorly developed and the coastline is steeped to great depths. In the plateau sediment rocks there are moraine deposits from an ice age in perm. In the valleys there are softer slate layers which provide good cultivation land.

The climate in South Africa is mostly subtropical, but with large regional variations. Some inland areas have a continental climate, the coastal area of ​​the southwest Mediterranean climate. The subtropical high-pressure belt is reinforced over land in winter (May-August), and is weakened in the summer as the rainfall falls most frequently. In the western part, the climate is drier, and especially in the northwest where the annual rainfall is below 200 mm. Farther south, however, there is significant winter rainfall, which gives the Mediterranean climate. The rainfall in the eastern part, due to the pass, is greater and varies generally between 500 and 1000 mm, with a clear summer maximum. However, drought is always a threat. About. half of the country receives less than 400 mm of rainfall per year. In addition, the evaporation is great.

The average temperature for June – July is generally 10–15 ° C, for January – February it is 20–25 ° C. On the large central plateau, the dry air gives large temperature fluctuations between day and night. 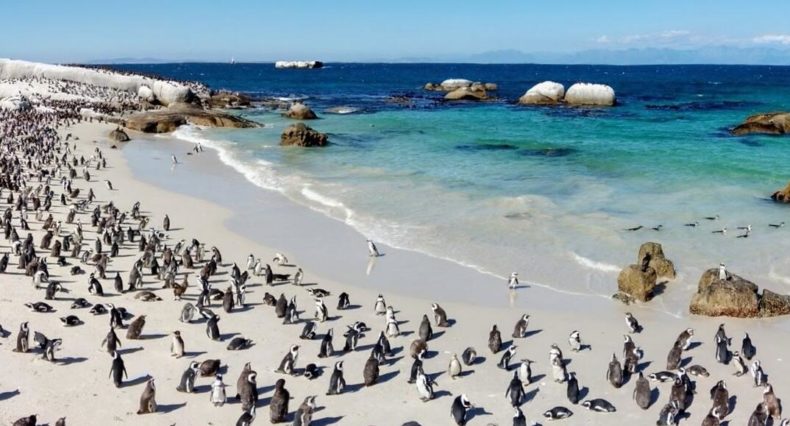 Bird life is very rich, more than 850 species, including ostrich, secretary bird, vultures, eagles, flamingos, pelicans, herons and ibises. At the coast there are living wines, capes and cormorants.

Nile crocodile, numerous lizard species and more than a hundred snake species, a large proportion of which ( cobras and mambas and more) are poisonous. 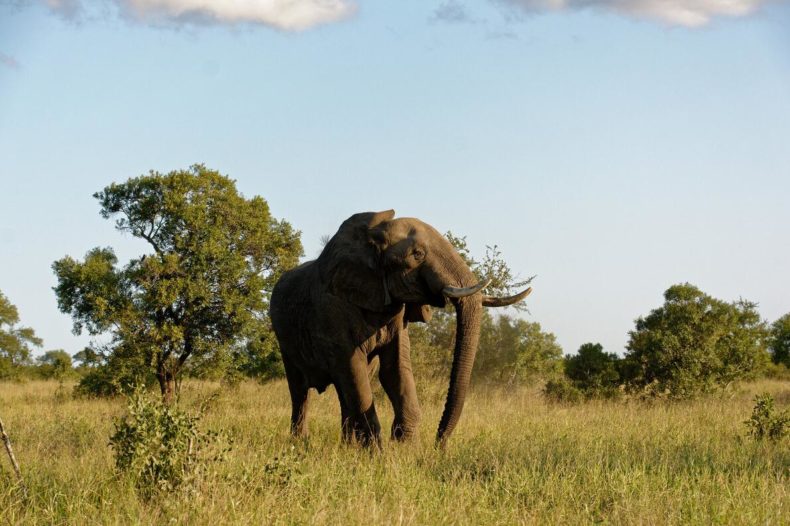 South Africa has a very rich wildlife, and many national parks that attract large numbers of tourists. This elephant lives in the Kruger National Park northeast of the country.

South Africa has over 8000 plant species. South Africa houses eight UNESCO World Heritage sites and can be divided into eight ecosystems – from desert to savannah and forest.

The winter rainforest on the southwest coast of South Africa has a temperate oceanic flora and vegetation with mediterranean, southeastern subtropical rainforest. Inland there is savannah and steppe vegetation, which to the north and west go into semi-desert and desert.

The flora in the southwest in particular is species rich and distinctive, and substantially different from that in Africa, but with a clear resemblance to Australia’s. Of the approximately 6,000 species of seedlings in the Cape, very many are endemic, including numerous species in the Proteaceae family. Cape 550’s Erica species are, with few exceptions, endemic.

Protea cynaroides, is South Africa’s national flower. The pink-red high leaves form a wreath around the many flowers in the center. Kirstenbosch, South Africa.