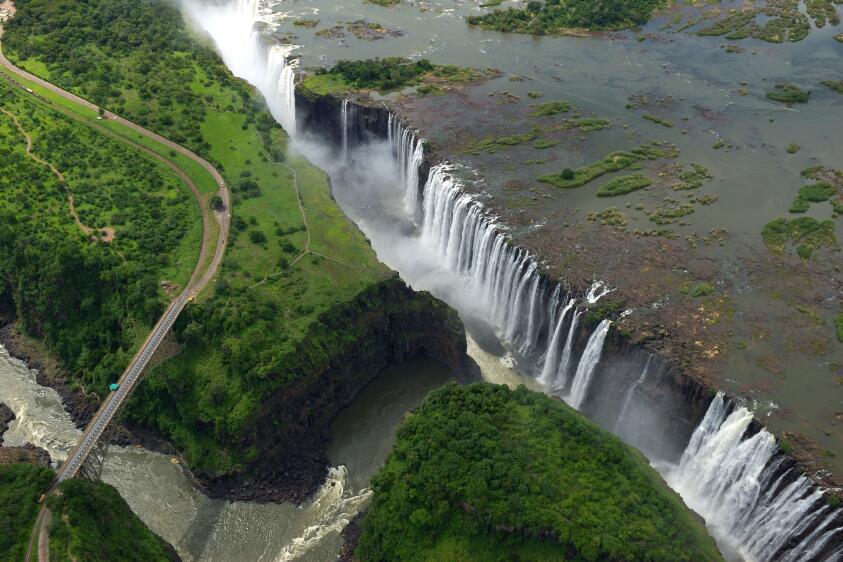 The majority of Zimbabwe consists of a bedrock plateau, and is often divided into four regions. The highest plateau area (high veld) extends across a belt across Zimbabwe in the southwest direction and is over 1200 meters above sea level. Near the border with Mozambique is a narrow, mountainous belt with several peaks above 2000 meters. The highest is Inyangani with 2593 meters. High veld forms the watershed between the river Zambezi in the north and Limpopo and Sabi in the south. In the north and south, high veld in terraces descends towards the middle veld, which is 900-1200 meters above sea level. The Zambezi basin in the north and the Limpopo basin in the south constitute low veld, which is lower than 900 meters above sea level. Throughout the country stretches from the southwest to the northeast an over 500 km long, mighty mineral corridor, the Great Dyke, consisting of resistant rocks. The Zambezi River was erected in 1959 below the Victoria Falls, forming the Caribbean Sea. 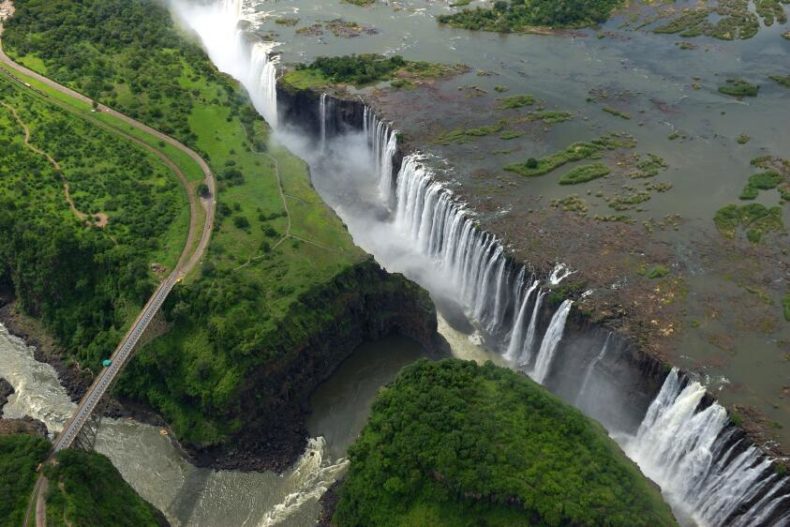 Zimbabwe. The Victoria Falls seen from the air. Zambia is on the right and Zimbabwe on the far left; the bridge runs between the two countries.

Despite Zimbabwe Situated within the tropics, the high altitude of the sea gives the climate in the central parts of the country a temperate feel. The equatorial rain belt’s annual commute dominates the precipitation conditions. Stations 1000–1500 m. has an average temperature of 13-14 ° C for June and July (coolest season). The warmest period is usually at the beginning of the rainy season, which lasts from November to March. The average temperature for October and November is 20-23 ° C. The lowest areas have tropical climates in sheltered valley areas, with an average temperature up to approx. 30 ° C for October. The rainfall varies greatly with the terrain. The annual rainfall is greatest farthest east where it falls 1000 to 1500 mm, with the maximum December to February. Here the drying time is little marked. The central plateau has slightly below 1000 mm and drying time June – September. Shaded areas in the west have annual precipitation below 500 mm.

Detailed climate information about Zimbabwe on the website of the World Meteorological Organization.

Plant life and wildlife in Zimbabwe

Wood saws cover most of the country. Brachystegia species and monkey breeds are common. In the east there is grass savanna, on the border with Botswana in the south-west there are large swamp areas.

The mammalian fauna is very rich and includes 270 species. In the many national parks there are elephant, zebra, giraffe, coffee buffalo and many antelopes. The predators include lion, leopard, cheetah and spotted hyenas. Hyene dogs and pointed horns are rare.

More than 660 bird species have been observed. Common and distinctive species include ostrich, crown and blacksmith, savanna and palm pigeon, icebergs, singers, glossy stars, sunbirds and weavers. In the wetlands live snake throats, cormorants, herons, flamingos, ducks and kingdoms. Among the many birds of prey are the savanna, bantu, cliff and crown eagle, as well as the national bird eagle (African Fish Eagle).

The reptile fauna comprises a total of 180 species, including: crocodiles, python snakes and many poison snakes. 31 amphibian species have been detected. 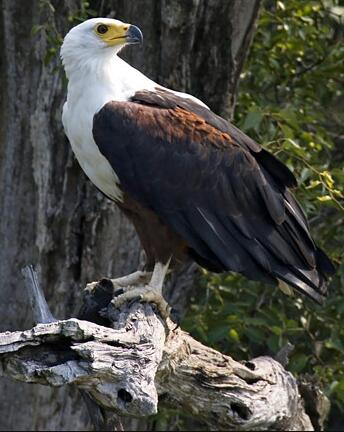 Along the border with Zambia in the northeast flows Zambezi, Africa’s fourth longest river. The river is dammed up by the Caribou Dam. The dam is 128 meters high and 579 meters wide, and is one of the world’s largest dams. Victoria Falls, one of the world’s largest waterfalls, is also located along Zambezi on the border between Zambia and Zimbabwe.

The climate is tropical but heavily moderated by the altitude. The rainy season lasts from October to March, but the country is regularly plagued by drought. Most of the country consists of savanna, with wooded areas in the eastern part. Zimbabwe has a rich wildlife, with around 350 mammals, over 500 bird species and a variety of reptiles and insects.