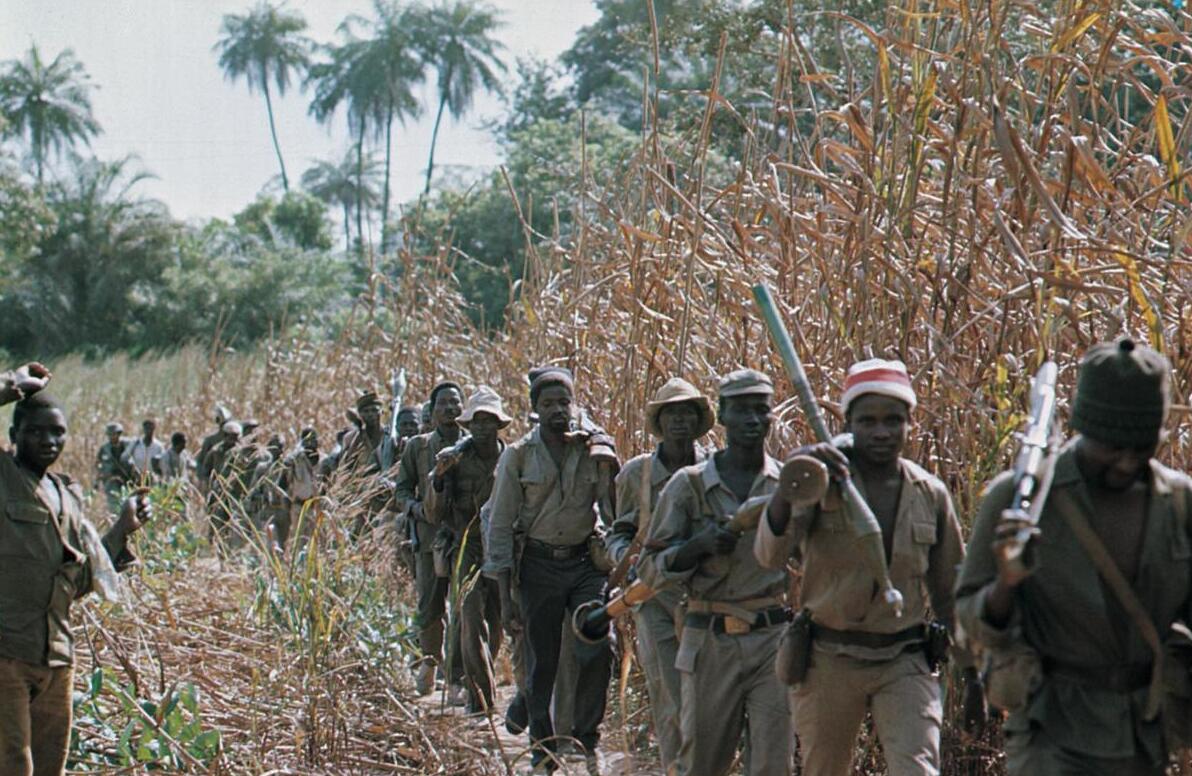 There has been a settlement of farmers along the coast of Guinea-Bissau for well over a thousand years. In the 13th century, the Naulu and Landuma people immigrated from the east, from the disintegrated Ghanaian kingdom. Until the 1300s, the area was part of the Mali kingdom, and both agriculture and trade were developed. In particular, rice was produced and sea salt was exported to western Sudan.

The first European contact with the area came with the arrival of the Portuguese in the 1440s, when merchant vessels in search of, among other things, slaves. Guinea-Bissau was strategically important for the Portuguese colonization of the Cape Verde Islands.

In the 16th century, war with the Mandan people broke out and the slave trade increased. For the next 400 years, the slave trade was the most important economic activity in the area. Slave labor was first used to operate cotton and indigo plantations as a basis for fabrication – used, among other things, to buy slaves for sale in America. Immigration of Mandate people led to local wars and prisoners of war, which increased the number of slaves. French and British trading stations were established, and in 1687 a Portuguese trading station was founded in Bissau in an attempt to restrict the French business in the country. An English settlement was established in Bolama in 1792, but was short lived.

In the 19th century, the Portuguese increasingly regarded the country as their sphere of interest, declaring Guinea-Bissau as a colony in 1879. The claim was disputed by British and French, and the Portuguese supremacy was not recognized until the Berlin Conference in 1884-85., by France in 1886. It took many years before the Portuguese gained effective control over the area. From 1915 the colony was administered as part of the Portuguese overseas area (Translusitania).

PAIGC soldiers just before independence in 1973. From 1956, resistance to the Portuguese colonial rule was organized in the liberation movement PAIGC. After several years of guerrilla war, they had control of 2/3 of the country in 1972.

Unlike the colonial powers of France and the United Kingdom, Portugal would not relinquish its African possessions. In Guinea-Bissau, the resistance struggle against colonial rule was led by the liberation movement Partido Africano de Independência da Guinée e Cabo Verde (PAIGC). PAIGC was founded in 1956 and quickly gained wide support both in the cities and among the rural population. The party was led by one of Africa’s foremost politicians and liberation ideologues, Amilcar Cabral.

In 1959, PAIGC was banned by the Portuguese after a strike at a shipyard in Bissau. Amilcar Cabral went into exile and in 1961 the PAIGC liberation war started. PAIGC gradually progressed and liberated ever greater parts of the country. In the liberated areas, PAIGC established a new administration, a separate education and health system, and helped rebuild agriculture that had been injured during the war.

In 1973, PAIGC held elections for a national assembly in the liberated parts of the country. This National Assembly proclaimed Guinea-Bissau’s independence on September 23, 1973, and Amilcar Cabral’s brother, Luis de Almeida Cabral, was elected president. Over 80 governments recognized PAIGC’s state over the next seven months, until the Portuguese regime fell and paved the way for a formal decolonization. In 1973 Amilcar Cabral was assassinated by Portuguese agents. Luis de Almeida Cabral was in power until 1980, when he was deposed in a coup d’état.

Portugal rejected the Declaration of Independence, but the Portuguese proved unable to win the war in Guinea-Bissau and were at the same time under strong military pressure from the liberation movements in Angola and Mozambique. António de Spinola, who led the first government in Portugal after the Portuguese revolution in 1974, had himself been governor of Guinea-Bissau, and the progress of the PAIGC guerrilla was a contributing factor to the Portuguese revolution. On August 26, 1974, Portugal and PAIGC signed an agreement that ended the war, and on September 10, 1974, Guinea-Bissau became independent under the leadership of Luis Cabral, brother of the assassinated PAIGC leader. Aristides Pereira became the first presidentCape Verde.

From the days of the liberation war, PAIGC avoided the term ” Marxist-Leninist ” and called itself a national-democratic, revolutionary movement. After independence, PAIGC relied on an undogmatic socialist policy, with emphasis on state participation in business and cooperative measures in the countryside.

On November 14, 1980, the President of the National Assembly, João Bernardo Vieira, led a coup d’etat and took over power in the country. Cabral was placed under house arrest. The National Assembly was dissolved and a Revolutionary Council set up to govern the country. The coup came just four days after a new constitution was passed; it gave the president greater power and advocated a merger with Cape Verde. The coup was aimed partly at what the rebels thought was financial mismanagement and corruption, and partly at the strong influence of people of descent from Cape Verde Islands in Guinea-Bissau. As a result of the coup, diplomatic relations between the two countries were broken and plans for an association were put on ice.

The diplomatic relations between the two countries were restored in 1982. New elections were held in 1984, but only PAIGC candidates were allowed to stand. A coup attempt in 1985 failed, and six of those responsible were executed the following year. An opposition to PAIGC emerged in Guinea-Bissau, but was essentially organized into exile in Portugal. One of them, Resistência da Guiné-Bissau – Movimento Bafatá (RGB-MB), threatened with civil war if PAIGC would not enter into negotiations on the country’s political future.

A democratization process was launched in 1990, and a national conference of 350 government, PAIGC and a number of non-governmental organizations advocated the transition to multi-party government. The necessary constitutional amendments were made in 1993. These meant that PAIGC no longer had the status of state party. The one- lot system was abolished and a number of lots formed.

A breakout group from PAIGC, the “121 group”, formed the Partido de Renovação e Desenvolvimento (PRD). The first free parliamentary elections were held in 1994. With 62 seats and 46% of the vote, PAIGC got a pure majority in the National Assembly ; the second largest was RGB – MB with 17 seats. Vieira won the presidential election with 52% of the vote in the second round; against Kumba Yalla from Partido para a Renovação Social (PRS).

In June 1998, Vieira deposed the chief of staff in the country’s defense, Brigadier General Ansumane Mané, who then took control of several strategic installations in an effort to oust Vieira and deploy a military regime. He established a military junta with himself as leader and demanded that Vieira resign. Senegal and Guinea sent troops in support of the president, extensive fighting erupted in and around the capital Bissau, and over 200,000 people fled the city. Peace talks were initiated by the Commonwealth of Portuguese-speaking Countries (CPLP) and the regional cooperation organization ECOWAS, and the ceasefire was achieved in July. Fighting broke out again in October, before Mané and President Vieira signed a new peace agreement in November. By then the majority of the government had gone to the rebels. After new fighting broke out, ECOWAS sent the ECOMOG peace force to Guinea-Bissau in 1999, and the forces from Guinea and Senegal were withdrawn.

A national unity government was deployed, disarmament of the rebel forces began and new elections announced. In May 1999, however, President Vieira was deposed in a military coup led by Mané and his junta; Vieira fled to Portugal, where he received political asylum. At the turn of the year 1999/2000 presidential and parliamentary elections were held; Kumba Yalla beat Malam Bacai Sanhá of PAIGC in the presidential election; in the parliamentary elections, the PRS was the largest. Political instability increased in 2000–01, and PAIGC mobilized opposition to the new government – which in turn was in conflict with the military leadership.

Mané appointed himself Chief of Defense, a position assigned to the President under the Constitution. This conflict ended with government loyalist troops knocking down a revolt started by Mané. He was killed shortly afterwards by the security forces. In 2001, the UN established an office in the country (UNOGBIS), as a contribution to normalizing the situation. A new coup attempt was reported in May 2002, and in November Yalla dissolved parliament following a vote of no confidence.

In September 2003, Yalla was deposed by the military, led by Army commander Verissimo Seabra Correia. Following the coup, Guinea-Bissau was ruled by a transitional government until the election of a new national assembly in 2004 and president in 2005. PAIGC became the largest party in parliament, with 45 representatives, and former president, João Bernardo Vieira, elected the country’s new president after returned from exile in 2005, and placed as an independent candidate. PAIGC strengthened its position after the 2008 parliamentary elections, when it got 67 out of 100 representatives. A coup attempt, in which rebel soldiers attacked the president’s residence, was canceled in November 2008. An unsuccessful coup attempt was also reported earlier this year. In March 2009, President Vieira was killed by rebel soldiers who had first been killed by the country’s army commander.

In the early 2000s, it became known that Guinea-Bissau had become the foremost transit area in West Africa for the smuggling of drugs from South America especially to Europe, partly to the Middle East. The drug cartels exploited a situation in Guinea-Bissau characterized by limited revenue opportunities and a weak state, as well as little capacity to patrol the coast with many islands and lagoons. Through bribery of public officials, drug traffic has helped to further undermine a weak state structure and make Guinea-Bissau what the UN expressed was Africa’s first ‘drug state’.

Relations with Portugal normalized after the liberation war and the change of power in the old colonial power, and since the late 1980s, Portuguese business has returned with investment in Guinea-Bissau, including through the privatization of state-owned enterprises. The relationship between the two countries was strengthened in the 1990s, as a result of the democratization process. In 1996, Guinea-Bissau participated in the creation of a Commonwealth Organization consisting of Portugal, Brazil and the five Portuguese-speaking countries in Africa, the CPLP.

Guinea-Bissau is a small and resource-poor state and has been seeking closer cooperation with a single currency zone, but since 1997 joined West African monetary cooperation between former French colonies, with CFA as the single currency. The relationship with the sister state of Cape Verde has also been volatile, and was greatly weakened after the coup in 1980, but a cooperation agreement was signed in 1988. Economic cooperation has been developed in particular with Angola, which has among other things invested in the extraction of the country’s mineral resources.

Guinea-Bissau is on the outskirts of the West African conflict area, and the civil war there is unrelated to the wars in Ivory Coast, Liberia or Sierra Leone. However, Guinea-Bissau has been indirectly involved in the long-standing military struggle in Senegal’s Casamance province, which until 2004 fought for self-government. Senegalese authorities have repeatedly accused Guinea-Bissau of supporting the rebels, and villages on the Guinean side of the border have been bombed by Senegal. Guinea-Bissau has also welcomed refugees from Senegal.

Relations with Guinea have been difficult due to border disputes, which, however, are annexed by the International Court of Justice in The Hague – in favor of Guinea-Bissau. A dispute over the maritime border with Senegal was also resolved following international mediation, and in 1993 the two countries signed an agreement on joint management of the maritime border area. Forces from both Guinea and Senegal, President Vieira came to the rescue during the 1998-99 civil war. Relations with the Gambia were strained after President Yalla accused the Gambia of supporting forces that were planning a coup against him. During the War of Independence, PAIGC received both political and financial support from the Scandinavian countries, and Sweden has maintained close relations even after independence. 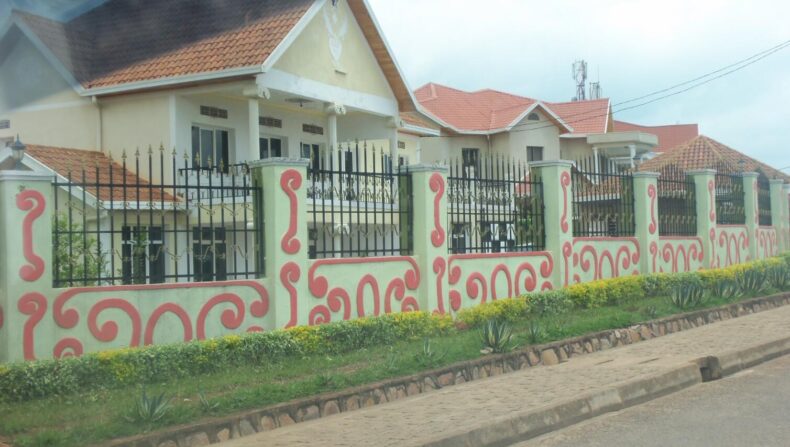