Zimbabwe has a very weak economy and has undergone several periods of hyperinflation. Here is a one million dollar banknote from 2008, but banknotes with much higher denominations were printed.

The first inhabitants of southern Africa were the San people, who came to the region over 40,000 years ago. The oldest signs of the San people in Zimbabwe are over 5,000 years old cave paintings. The first Shona, which is the dominant group of people today, came in the 11th century, and several Shona states emerged throughout history, including the Kingdom of Zimbabwe, which dominated the region from 1300-1600.

In the mid-1800s, the first white hunters, traders, and missionaries arrived in the area that is today Zimbabwe. In the 1880s, businessman and politician Cecil Rhodes began to take an interest in the area, and in 1890 a group of colonists created Fort Salisbury, where the capital Harare now resides. The area was under British control and was named Rhodesia. Later it was changed to Southern Rhodesia, while the area north of the Zambezi River was called Northern Rhodesia (today’s Zambia).

In 1923, Southern Rhodesia became a British colony. After Zambia became independent in 1964, the colony changed its name to Rhodesia only. That same year, Robert Mugabe and a number of other leaders of the Black liberation movement were arrested. In 1965, the white minority declared Rhodesia’s independence. Britain called the declaration a rebellious act. In 1970, the government declared the country a republic. The same year Mugabe was released and he started a guerrilla war against the white minority regime. In 1980, Zimbabwe became an independent state and Mugabe became prime minister.

In 2000, war veterans and others began to occupy farms owned by white Zimbabweans and to demand redistribution of land to black peasants. This led to a sharp decline in agricultural exports. Combined with expenses for Zimbabwe’s participation in the wars in the Democratic Republic of Congo and demands for pensions from war veterans, this led to economic crisis and hyperinflation.

Since 2000, the country has been characterized by violence and political turmoil. Mugabe and the ZANU-PF governing party have been hard at the political opposition in the country. Despite the violence and presumably widespread electoral defeat, opposition leader Morgan Tsvangirai received more votes than Mugabe in the 2008 presidential election. After the parliamentary elections that same year, Tsvangirai became prime minister in a unifying government. In 2013, the post of prime minister was abolished, and Tsvangirai lost the Mugabe presidential election.

Early in the morning on Wednesday, November 15, 2017, the military in Zimbabwe took over large parts of the state apparatus and placed President Mugabe in house arrest. The bloodless coup was a reaction to Mugabe’s resignation of Vice President Emmerson Mnangagwa a week earlier, which the military and many in the ruling party believed was a maneuver to make sure Mugabe’s 41-year-old wife, Grace, could take over the post of president after the 93-year-old. Mugabe was pressured to announce his own departure, which he finally did on November 21. On November 24, Mnangagwa was sworn in as the country’s new president, stating that he wanted to rebuild democracy and regain the shaky economy. Although many Zimbabweans are skeptical of Mnangagwa as well, the deposition of Mugabe’s has generally been welcomed by large sections of the population. 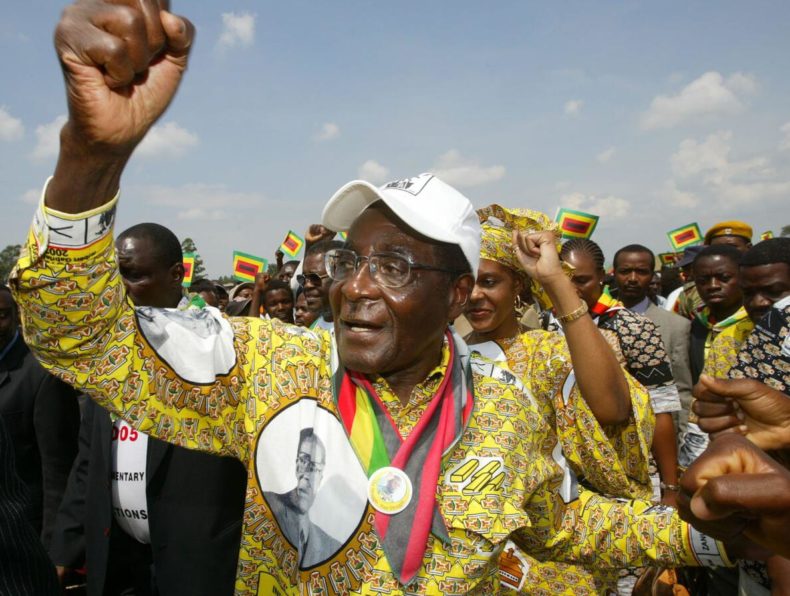 Liberation leader Robert Mugabe ruled Zimbabwe for 37 years from 1980, until he was deposed by a military coup in November 2017.