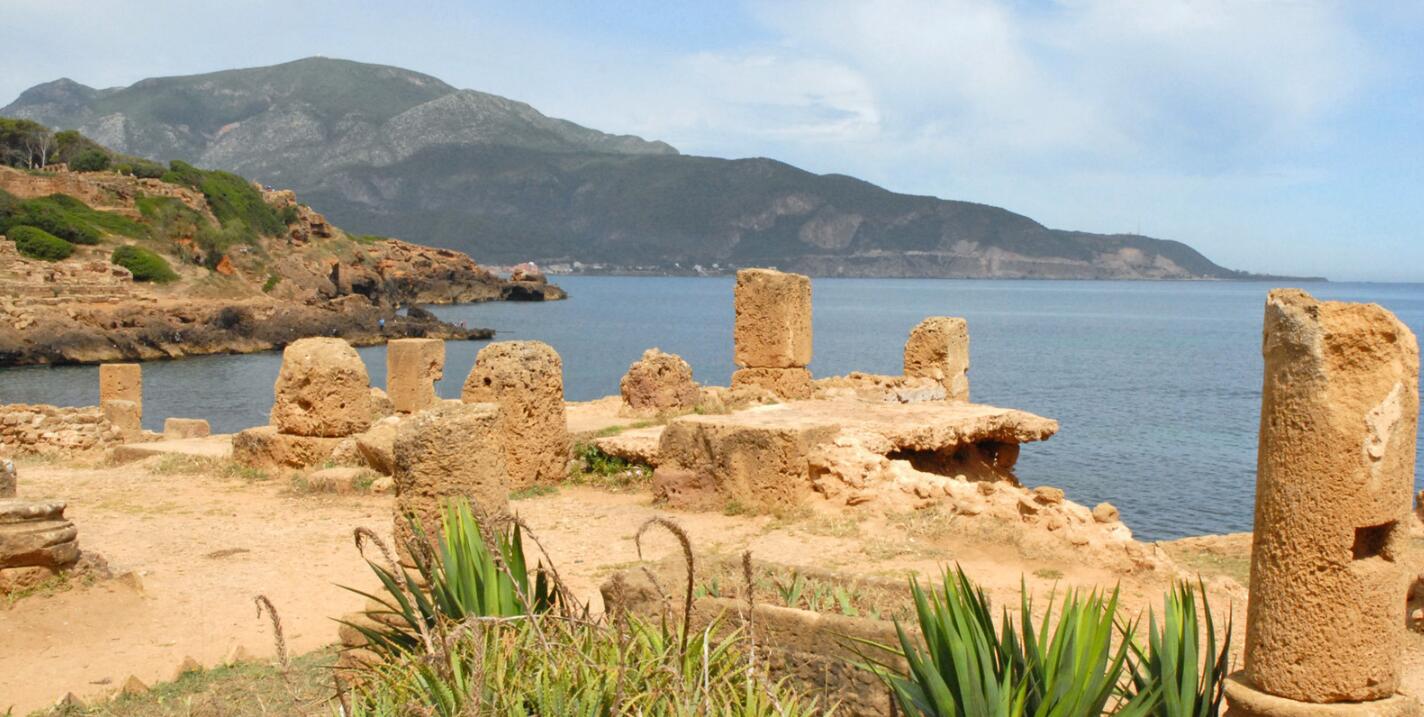 Literature in Algeria is akin to literature in Morocco and Tunisia, but also has distinctive features. This is partly due to France having dominion over the country for a long period. Spanish and Jewish influence has also played a significant role in Algerian culture. But the most important features have been Algerian literature because so many writers belong to the Kabylic people group or because in various other ways they represent cultures that have their roots mainly in northwestern Africa and not in the Arab world.

The bulk of Algerian literature is written in French, but in recent decades, writers have been writing in Arabic or Kabyl and other North African languages. Some of the country’s foremost authors use multiple languages, such as French and Arabic or French and Kabyle.

Some Algerian writers represent a Christian tradition. Other writers who have asserted themselves in recent decades have rejected all forms of religion, but the vast majority of Algerian writers consider themselves Muslims. Yet, there is hardly a modern Algerian author who has not departed from the authoritarian religious and political attitudes that periodically characterized the country after independence. These attitudes have also often made it difficult for many Algerian writers to write in full freedom. Therefore, a significant part of them have chosen to move abroad; either to other African countries, to North America or most preferably to Europe. However, although the writers sometimes encounter a number of problems in their home country, Algerian literature has proved vital and innovative, and it must be considered among the most important national literature in today’s Africa.

The literature before independence

The first poetry collections and stories written in French by Algerians came out in the late 1800s. During the first part of the 20th century, literature in Algeria developed further, but the country only gained national literature of importance after the Second World War.

Until about 1950, the literature was largely characterized by French examples. The authors stated that they admired French culture and civilization, and that it was important for them to look for European values. This was an ideology France worked very actively to spread in its colonies. However, as the struggle for independence developed, more and more writers also gained a more critical view of the culture of the colonial power.

Among the novelists from the first half of the nineteenth century can be mentioned Ben Chérif (1879–1921) and Abelkader Hadj Hamou (1891–1954). One of the most important figures in Algerian literature from the interwar period is the lyricist Jean Amrouche (1906–62), who was Catholic and belonged to the Kabylic group of people. Literary historian Paul Bénichou (1908-2001) became famous for his innovative books on French idea life in the 1930s. He had Spanish and Jewish background.

In the years around 1950, many significant writers made their breakthrough: Mouloud Feraoun, Mouloud Mammeri, Mohammed Dib and Malek Haddad wrote mainly novels, Jean Sénac was primarily a lyricist, while Kateb Yacine was an innovator in both lyric and prose. These writers were all engaged in the liberation struggle, but several of them were criticized for being too preoccupied with formal problems and not writing literature that directly served the people and the revolution. The politically most active of the authors of this generation was the lyricist Bachir Hadj Ali.He was one of the leaders of the Communist Party before it was banned in 1962. Malek Ouary (1916-2001), who came from a Christian family, was an important advocate of Kabbalistic culture. He published a number of collections of Kabylic poetry, and his own novels were about the fate of the Kabylists and other Berber people.

After independence in 1962, literary development was often hampered by political freedom and cultural indoctrination, partly from the rulers and partly from Islamic fundamentalists. Therefore, the time immediately after independence is considered a downturn. Literature at this time was dominated by traditional social realist ideals. The first of the authors to respond to these tendencies was Rachid Boudjedra, who often dealt with religious and moral taboo topics in a form inspired by the poetic novel in Europe in the 18th century.

The same generation belongs to Nabile Farès and Rachid Mimouni. The latter has, in novels and essays, attacked various forms of religious and political fundamentalism. Related attitudes can be found in many of the writers who emerged in the 1980s, including Tahar Djaout, Rabah Belamri (1946-1995), Habib Tengour (born 1947) and Anouar Benmalek. Jamel Eddine Bencheikh was important both as a writer and as a historian of literature. A novelist who has gained a large readership abroad is Yasmina Khadra, pseudonym of Mohammed Moulessehoul. Boualem Samsalhas drawn attention to books dealing with the relationship between Arab fundamentalism and Nazism in Europe. Hamid Tibouchi (born 1951) has made himself known as both a lyricist and a painter.

Writers like Mammeri and Dib wrote significant novels in the 1980s. They have, like many others, written plays that have been performed at festivals and the like or performed in theaters in France, as there is no fixed French-language scene in Algeria. The most significant French-language playwright in Algeria after independence is Noureddine Aba, who is often played in France but has never been listed in his home country. His orientation is humanistic and international.

In recent Algerian literature there are many women writers. Their books often contain a sharp criticism of aspects of women’s view of Islam. The most striking figure is Assia Djebar, who made her breakthrough in 1967 and who in novels, plays and essays has described the situation for women in Algeria. A female writer who made her mark in the 1970s was Aïcha Lemsine (born 1942). Her novel La Chrysalide (1976, “The Puppet”) was a huge and controversial success when it came out. Later, she has mainly been noted as a diplomat and lecturer and has therefore published few literary works.

Among women who have influenced literary life in the 1980s and 1990s are Leïla Sebbar, Latifa Ben Mansour, Malika Mokeddem and Nina Bouraui. Fatima Gallaire (born 1944) has made a notable mention with her plays which have been performed in France, England and Spain. Her most famous piece is Princesses (“Princesses”) from 1986. Gallaire has also published short stories.

Myriam Ben (1928–2001), pseudonym of Marylise Ben Haïm, illustrates the Jewish element among Algerian writers. As a young girl during World War II, she experienced anti-Semitism represented by the French Vichy regime. In the 1960s, when the country became independent, she was persecuted for periods because she was a communist. It was not until the 1980s and 1990s that most of her lyrics and stories came out. The texts address political and feminist themes and often have a militant character.

Soumya Ammar Khodia (born 1955) is a literary researcher and has taught at the University of Alger, among others. She has published studies on Algerian writers such as Assia Djebar and Mohammed Dib, as well as lyric and short stories, and she is considered one of the most important short story writers of today’s Algeria.

The turmoil in the country in the 1990s is probably a major reason why no more young writers in Algeria have emerged. However, some figures have made their mark. One can mention Kamel Daoud who in one of his novels sheds a critical light on Albert Camus’ relationship with his native country. And one can mention Salim Bachi who plays with both the language and the literary traditions. A good example of the youngest Algerian writers still getting impetus from Europe, but not just from the French-speaking area, is Brahim Metiba (born 1977). His latest book (2017) is a novel rewrite of the libretto of WA Mozart’s opera The Magic Flute.

A country in crisis, a living literature

Despite many problems, a rich and exciting French-language literature has developed in Algeria. It reflects the authors’ ambiguous relationship with a language that is not their original, but which they must nevertheless use to reach out with their works. Their provocations, both against European and against Islamic values, can be strong, and many of them have had to go into exile because of the conditions in their home country. Modern Algerian writers are happy to express their revolt in forms that are close to European avant-garde literature. Many of them have a thorough theoretical education; often a doctorate from a French university. They usually work in several genres; Especially common is that they have published both prose and lyric. Algerian writers have also won many prestigious literary awards.