The Nigerian literature is the richest in the whole of the African continent, which is due to the country and population size and diverse cultural composition. The poem has deep roots. In particular, there are rich oral traditions of the Yoruba people and of the northern Muslim part of the country. This is largely linked to dictated representations of the history of the great and powerful kingdoms that existed there in pre-colonial times. Written traditions also go far back to the 15th century. It was written in Arabic, but also in Hausa and Fulani with Arabic characters. This literature grew especially late in the 18th century.

After the country was colonized, missionaries and colonial authorities introduced the Latin alphabet to Northern Nigeria as well, and a literature on the Hausa from the 1930s developed. One of the foremost authors was Nigeria’s first prime minister, Sir Abubakar Tafawa Balewa, who published novels and other prose stories under the name Abubaker Bauchi.

On the other hand, poetry has been the most important genre in Hausa literature. A central figure is Sa’adu Zungur (1915–1958), who was a significant leader in the early nationalist movement. His work reveals traditional poetry, but also addresses social and political issues. A bilingual (Hausa – English) edition of a selection of his poetry was published in 1974 under the title The Poetry, Life and Opinions of Sa’adu Zungur. Other Hausa poets are Mu’azu Hadeija (1920–1955) and Mudi Sipikim (born 1930). There is also a dramatic tradition on the hausa, represented by, among others, Abubakar Iman (born 1911) and Umaru A. Dembo (born 1945).

It is especially in the languages ​​of the southern part of the country that considerable literature has developed. At Igbo, there is a living dictation tradition, including with authors such as Peter Nwana and Leopold Bell-Gam. On the other hand, literature in Yoruba is the strongest. The development of Yoruba as a written language began in the 19th century with Samuel Ajai Crowther, a freed slave who was educated as a theologian in Sierra Leone. He normalized several dialects and laid the foundation for standard Yoruba. Among other things, he published a dictionary and several textbooks in the language and translated the entire Bible(1900 edition) and other religious works. The rich oral poetic tradition influenced early Yoruba poetry, including the first significant lyricist, J. Sobowale Sowande (1858-1936). Later lyricists are Adebayo Faleti (born 1926) and Afolabi Olabimtan (born 1938), both of whom have also written novels and dramas.

Much of the early Yoruba poetry was published in magazines and newspapers such as Akéde èkó, including the first Yoruba novel, Sègilolà, eléyinju egé (English title: Segilola, Woman of Ensnaring Eyeballs) by Isaac Babalola Thomas (1888-1963), was printed as a serial before it came out in book form in 1929. However, the first truly significant Yoruba author is Daniel Olorunfemi Fagunwa, who wrote a series of novels based on ancient Yoruba myths. Other writers in the same tradition are Gabriel E. Ojo (1925–1962), Ogunsina Ogundele (born 1925), Olaya Fagbamigbe (born 1930) and DJ Fantanmi (born 1938).

There is also a realistic and historical romance tradition, which especially picks up material from the time before colonization. Mention should be made of Adekanni Oyedele, Isaac Oluwole Delanao and Femi Jeboda. A later significant novel is Adebayo Faletis Omo olókun esin (English title: Son of the Keeper of Horses) from 1970.

Perhaps the most important part of the Yoruba poetry is drama, where, among other things, a whole new genre, the so-called folk opera, was created, based on traditional, dramatic forms such as mask play and dance. The creator of the folk opera is Hubert Ogunde (1916-1990); otherwise, Elija Kola Ogunmola (1925–1973) and Duro Ladipo (1931–1978) must be mentioned.

Nevertheless, it is in English that a great and significant literature has really emerged in Nigeria. The country has a rich intellectual and literary environment centered around the many universities, a number of publishers and many journals and newspapers that have considerable literary coverage. This is in spite of difficult political conditions with the repression and imprisonment of several authors, and even executions, for example by Ken Saro-Wiwa in 1995. These conditions have driven several other intellectuals into exile, including Nobel laureate Wole Soyinka.

The first real novel in English written by a Nigerian was Amos Tutuola’s The Palm-Wine Drinkard of 1952. Soon, a vital literature emerged based on the environment at the University of Ibadan, where many of the country’s leading writers studied, such as Chinua Achebe, Wole Soyinka, Christopher Okigbo, John Pepper Clark, and influential critic Abiola Irele (born 1936). This was expressed in literary journals such as The Horn and Black Orpheus.

There was also another, more popular literary tradition in the form of pamphlets and trivial literature that came out especially in the city of Onitsha and is often called Onitsha literature. Cyprian Ekwensi published his first books in such a context, but the foremost author of this tradition is Ogali A. Ogali (born 1935).

The modern realistic Nigerian novel adds to Achebe’s first book, Things Fall Apart from 1958. In the early 1960s, a number of novelists debuted and developed great and significant authorship. Among these are Soyinka, after first becoming a playwright, Timothy Mofolorunso Aluko, Elechi Amadi, Vincent C. Ike, Onuora Nzekwu and Obi Egbuna. Flora Nwapa has taken special care of women’s lives. Nkem Nwankwo has written satirical novels and short stories. John Munonye has written with great insight on the conflicts between the old Igbo culture and, among other things, Christianity. Adaora Lily Ulasi has published novels that retrieve material from the Igbo community’s conflicts with the colonial power with linguistic resource from pidgin English.

Isidore Okpewho and INC Aniebo belong to the next generation of novelists. The latter has written a strong novel about the Biafra war, The Anonymity of Sacrifice from 1974. In a series of novels, Buchi Emecheta has portrayed women’s fates, while Kole Omotoso in Just Before Dawn from 1988 has presented a depiction of the history of modern Nigeria. Festus Iyayi has also written about the Biafra War in the award-winning novel Heroes of 1986. Others who have dealt with this tragedy in novel form are Eddie Iroh and Sebastian Okechukwu Mezu. The leading novelists of the youngest generation are Ben Okri, who has won a big name internationally, and Biyi Bandele-Thomas.

The dominant character in Nigerian drama is Wole Soyinka, but also John Pepper Clark is a significant playwright. His great drama Ozidi from 1967 is based on mythical background material and traditional drama forms by the Ijaw people in the delta of the Niger River. Other names include Zulu Sofola, Obi Egbuna, Ola Rotimi and Wale Oguyemi. The latter two are best known for historical plays. Among the foremost younger playwrights are Femi Osofisan and the Irish-Nigerian critic, lyricist and playwright Gabriel Gbadamosi.

The three big names in poetry are Wole Soyinka, Christopher Okigbo and Gabriel Okara. One of the most controversial lyricists is critic Chinweizu, who among others has been Soyinka’s foremost literary opponent and who has in turn been heavily criticized by British-Nigerian author and human rights defender Adewale Maja-Pearce. However, the two leading younger poets are Niyi Osundare and Odia Ofeimum. 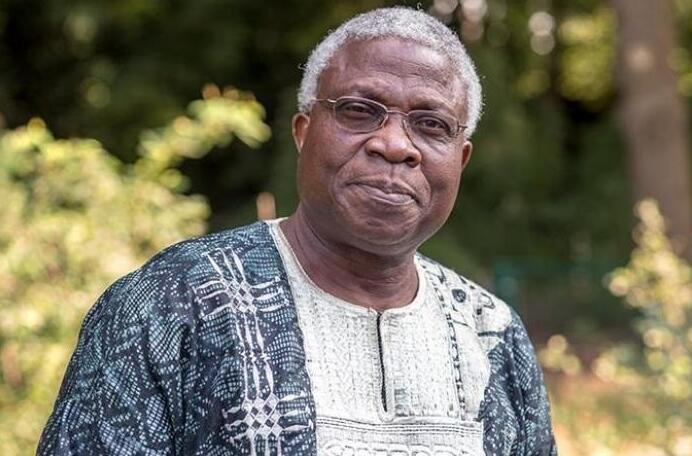 The literary environment in Nigeria is very lively, and many books are published every year at the countless small and large publishers in the country. The annual book fair in Lagos is about to establish itself as one of Africa’s most important.