Mauritania’s entire north lies in the Sahara, i.e. in the desert. The few animals and plants that can survive here at all have adapted to the drought here. It is also dry and hot in the Sahel zone, which includes the south.

Which animals live in Mauritania?

The animal that we most closely associate with Mauritania is arguably the camel. It was tamed and used as a pet several millennia ago. At first it was used as a source of milk, then as a pack animal. It can do without food and water for a long time because it stores fat in its humps. So you can travel the desert with camels. Camels with one hump are called dromedaries, those with two humps are called trample.

But of course there are also wild animals in Mauritania. Gazelles, the African ostrich, spotted hyenas, rock hyrax, zorillas (a species of marten) and leopards are found in the south. Monkey species are the hussar monkey and the western green monkey. There are some rats, such as the grass rat, and species of mice, such as the Mauritanian shrew. The African dwarf hedgehog also lives here.

Nile crocodiles live at Gueltas, natural water points in the Sahara. They survive dry times in cool crevices. A species of snake that occurs occasionally is the rock python. The Mozambique hare is at home in the west.

The fennec (desert fox), honey badger and striped hyena live all over the country. The sand cat is endangered and only lives in a tiny area. The Kleinfleck genet, which lives all over the south, is doing a little better. The golden jackal, on the other hand, inhabits the entire north. The Dorcas gazelle also feels at home here.

Many birds from Europe overwinter in Mauritania. They are mainly found on and off the coast: waders, herons and spoonbills, for example, are among them. To get more information on Mauritania and Africa, check localbusinessexplorer.

And what is growing in Mauritania?

There is little vegetation in the Sahara. Since the seeds of desert plants can survive for years, grasses can suddenly sprout in some places after a rain. In some places where there is a little more water, acacias also grow. Agriculture is only possible in oases. Date palms, for example, grow there.

A little more is growing in the Sahel. The landscape here is a dry savanna. There are grasses and small bushes growing. Baobabs also occur to the south.

Much more plants grow in the Senegal River valley. Raphia palms, baobabs and bamboo can be found here.

There are salt marshes on the coast.

Mauritania is a poor country. In 2018, Mauritania was ranked 161 out of 189 countries in the Human Development Index, which compares the wealth of countries. The reasons for this are poor or non-existent transport routes, the high proportion of desert and an uncertain political situation.

The country’s economy is based primarily on two pillars: the extraction of mineral resources, especially iron ore, and fishing. In addition to iron ore, oil, gold and copper are mined. 14 percent of the state’s income comes from agriculture, almost 30 percent from industry and 56 percent from the service sector.

Agriculture – only on the river

14 percent of the country’s income comes from agriculture. That is little compared to other African countries. The reason for this is that due to the climate, agriculture can hardly be practiced. In places where something can be grown, especially in the floodplain of the Senegal River, it is initially grown for personal use. Mainly millet, corn and rice are grown.

Sheep, goats, cattle and camels are kept and bred, partly by nomads or semi-nomads. After all, 40 percent of the working population are active in agriculture. The food produced in the country is insufficient, more must be imported.

30 percent of the income comes from industry. 20 percent work in this area. The production of iron ore forms the largest share here. The iron ore is mined in the northwest, in F’dérik and Zouérat. From here the only railway line in the country leads to Nouadhibou, the largest port in the country. Long and heavy trains bring the iron ore there. The tracks have to be freed from sand all the time.

Copper and gold are also mined in Mauritania. Oil has been produced off the coast in the Atlantic since 2006.

There is also fishing and fish processing. Abundant fish stocks off the coast form the basis for this part of the industry. However, there are problems with overfishing. So too much fish has been caught and the stocks have fallen sharply.

What do you eat in Mauritania?

How do you survive in the desert? You eat dates and drink camel milk! These are very important foods for the inhabitants of the oases as well as for the nomads in the desert. Camel milk is called Zrig. Zrig can also be used to make camel cheese. Otherwise, Mauritania’s cuisine is influenced by Morocco in the north and Senegal in the south.

Green tea with peppermint is considered the national drink. When preparing the tea, it is important that it is poured from a great height. This creates a foam. The tea ritual consists of three parts, the first tea being very bitter, the last being sweet.

Millet is the most important staple food. Couscous is also eaten a lot. It can be made from wheat, barley, or millet that is ground into semolina (so it’s not as fine as flour). The semolina is then not boiled, but steamed over hot water. You can find a recipe for couscous with lamb and vegetables in the tip !

Typical Mauritanian dishes are méchoui (a lamb roasted whole on a spit) and maruwe-llham (meat with rice and vegetables). Fish is also popular in the south, for example as thieboudienne (fish with rice in tomato sauce) or as fish balls.

Only with the right hand!

In Mauritania, people eat with the right hand. The left hand is considered unclean and is not used. The right hand is used to pick up the food. If it is a porridge, you form a ball, press a hollow into it and then use it to absorb the sauce.

A big problem in the poor country is that obesity is seen as a sign of wealth and beauty. And so the daughters of Mauritanian families, especially in the countryside, are fattened. There are even feeding farms that the girls visit during the summer holidays. There they have to drink ten liters of camel milk a day, with plenty of rice and couscous.

If the girls refuse, their fingers are crushed with wooden sticks, which hurts terribly. This forced feeding is called Leblouh or Gavage. It starts around the age of five and continues until the girl is a teenager. In the meantime, this practice no longer existed when the country was democratized, but it has been increasingly observed again since the military coup of 2008. 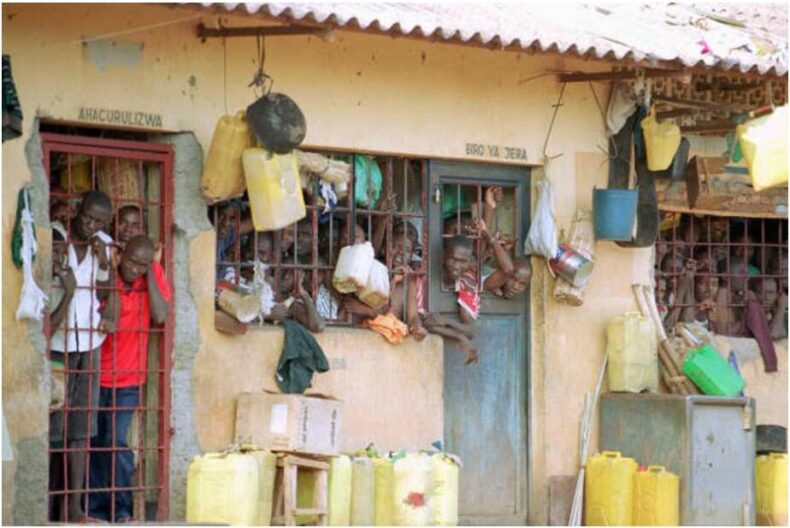 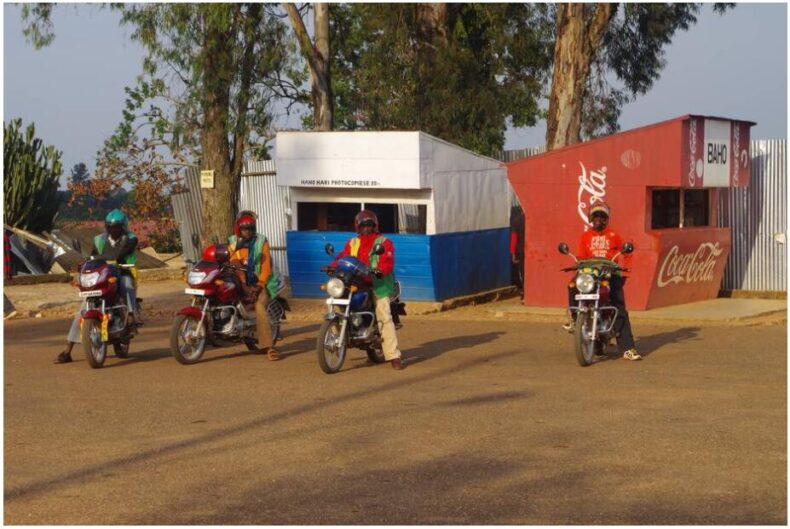