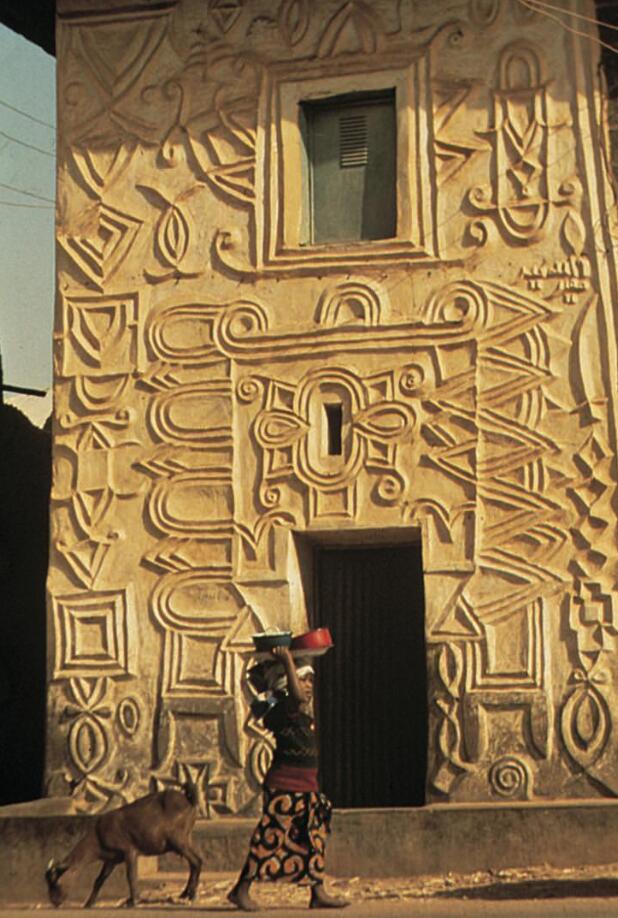 Nigeria’s cultural history has a wide range, based on the high population and the diverse composition of religious and ethnic groups. The country’s intellectual and cultural wealth is linked to strong dissemination traditions, both in the north and the south, and to early scriptural traditions.

Nigerian culture is of great importance beyond the borders. The country can refer to some of the world’s leading footballers, the world’s second largest film production and to a number of internationally acclaimed writers and musicians who have inspired their own genres.

In Nigeria, there are numerous groups of people, each with their own individual building style, from hausa and kanuri in the arid north to igbo, yoruba and bini in the humid areas of the south. During the colonial period, British bungalows were erected: single-storey buildings with porches. Interesting examples of early colonial architecture can be found in Wusasa near Zaria, where a Christian mission station was established. The houses are built in clay, but designed to meet the British’s need for comfort. The rooms have the high-ceiling proportions of the Hausa architecture, supported by arches, whitewashed walls and were simply furnished. The churches are also erected in clay, cruciform and with roofs supported by horseshoe-shaped arches. The interior surfaces are inscribed with small fragments in quartz which shines in golden and silver when the light falls.

Modern Nigerian architecture is largely influenced by British models, first and foremost by E. Maxwell Fry. The West African University of Ibadan also shows a connection with local Yoruba traditions in its rhythmic and sculptural touch. Climate was taken into account in the design of the buildings, which have long axes and large overhanging ceilings.

Nigerian architects began to assert themselves just before independence in 1960. Oluwole Olumuyiwa, Alex Ekweme and Isola Kola-Bankole created a renaissance in architecture that built on a long and often unknown building tradition. Their buildings are characterized by a new boldness in the form, made in local materials and with a love of colors. 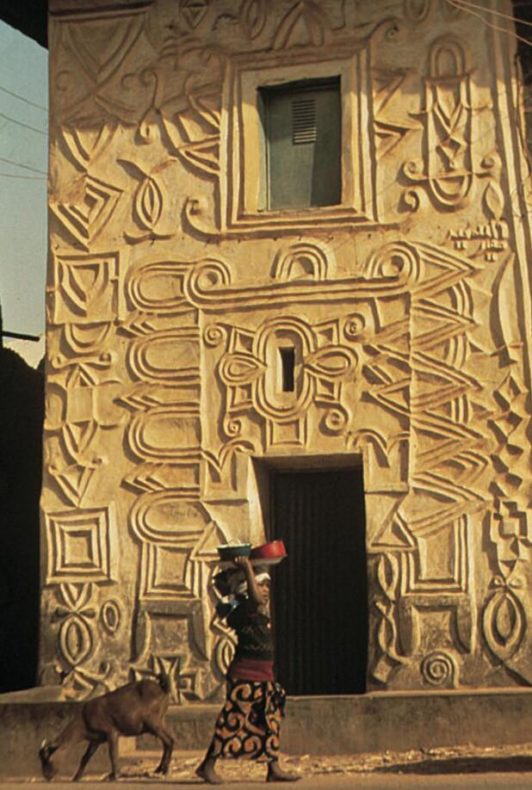 Distinctive architecture in Zaria, one of the oldest Hausa cities in Northern Nigeria. The house is made up of clay and richly ornamented.

The music scene is very varied and reflects the country’s history and ethnic diversity as well as the influence of Arabic and Western culture. Already early European sources from the Benin Empire tell about differences between the urbanized music of the capital and the village music of the surrounding areas. Today, the music traditions of the large groups of people hausa, ibo and yoruba play a dominant role. Hope orchestras with tambura (drums) and khaki(Long Straight Metal Wonder) has a repertoire of music for public occasions, music for the gods, for the ancestral spirits and for legendary hero gods. Professional musicians specialize in vocal or instrumental music and in genres such as ceremonial music, praise songs and music for entertainment. For most people, music and dance are linked to the festivities of life and to daily activities, often accompanied by clapping.

Research, including at the universities, has helped to strengthen the interest in traditional music and dance, which also gained a strong boost during the Second All African Arts and Culture Festival (FESTAC) in Lagos 1977. Through regional and regional radio and television programs, traditional music and dance, folk operas are disseminated. and storytelling of approx. 25 languages. Older folk songs have revived in popular music.

Nigeria has played a leading role in the development of urban music forms in West Africa, such as high-life and juju, with dance rhythms based on folk and African-American influences, and alternation between vocalist and choir. Guitars, percussion, saxophone and trumpet dominate, but some traditional instruments help to give the style an African character. The texts can be in English, Pidgin English or local languages. Two of the most famous practitioners, also known in the West, are King Sunny Adé and Fela Anikulapo Kuti. In recent years, the sons of the latter, Seun and Femi Kuti, have also become very prominent.

Composers with education in the West have written art music, among others. for symphony orchestra supplemented with African instruments. There is also African-inspired church music. Modern music drama uses tones that are close to folk music.