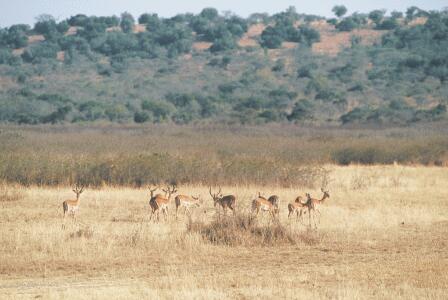 Tourism has increasingly become a motor for Rwanda’s economy. For the first time, the tourism sector was at the forefront of foreign currency revenue streams, ahead of coffee and tea, with revenues of US $ 42.3 million in 2007. In 2014, the state authority for tourism and nature conservation counted more than one million visitors for the first time. The income generated here increased by 14%. The tourism sector currently expects total annual revenues of over US $ 400 million.

According to historyaah, the main attraction for tourists are the mountain gorillas living in the region of the Virunga volcanoes on the border between Rwanda, the Democratic Republic of the Congo and Uganda. Not least because of the movie “Gorillas in the Fog” they have become famous worldwide. Since then, attention to these critically endangered primates has steadily increased. The government relies on tourism as an economic engine and promotes intensive industry expansion. However, there are various reasons against developing the natural potential more quickly. The competition from neighboring countries Kenya, Tanzania and Uganda is fierce. The accommodation establishments – measured by international standards – predominantly have a low standard. However, the government relies less on the high number of visitors and more on high-priced ecotourism. So were more hotels with upscale or luxury standard in Kigali, was built on Lake Kivu and the national parks. Furthermore, exclusive lodges can be found in the volcano national park in the north of the country .

The road network is only partially developed; it does not allow year-round traffic outside of the main connecting routes.

There has been a growing number of visitors over the past few years. This is partly due to the strong growth in investments in hotel construction. A lot has happened with flight connections too. KLM has now joined the former only airline, Brussels Airlines, with direct flights from Europe. With South African Airways, Qatar Airways and Turkish Airlines, Rwanda’s capital Kigali has had additional international providers since the beginning of 2012.

To accelerate growth in the tourism sector, the government has expanded its strategy and placed an additional focus on the area of meetings, incentives, conferences and events (MICE). The intention is to make the country an attractive destination for international conferences and other events. The income generated in this specific area, which was around US $ 49 million in 2013, is expected to triple in the future.

In order to create the appropriate framework conditions, significant investments were made in necessary infrastructure measures. With the “ Kigali Convention Center ” an iconic conference center was completed in June 2016. In combination with a five-star hotel from the well-known hotel chain “ Radisson Blue”, The new infrastructure complex offers good conditions for top-class events of all kinds. As the first major event, the institution was able to host the 27th African Union summit from 11-18 July 2016.

Hotel capacities have increased overall, for example the hotel chain Marriott has opened its first hotel in sub-Saharan Africa in Kigali.

The landscape of the Akagera National Park in the dry savannah region of Eastern Rwanda is defined by low hills and extensive hollows. Typical forms of vegetation are grass, shrub and bush savannah, in which the acacia trees dominate.

Before the civil war, the park was counted among the most beautiful animal parks in Africa thanks to its former wealth of game. There were large populations of hippos, antelopes, zebras and buffalo, for example. Lions, elephants, rhinos and giraffes could be seen in smaller numbers.

The habitats of these animals are now seriously threatened. At the end of the civil war in 1994, many Rwandans returning from exile settled in the northern part of the park. Migrating herds of cattle and agricultural settlements have increasingly moved into the park area. Only a small part of the park is still strictly protected. 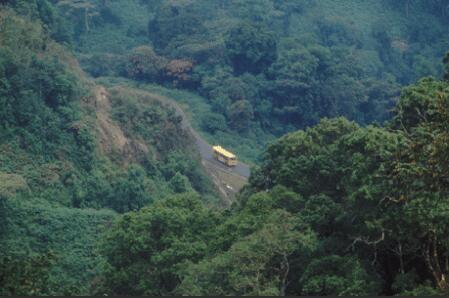 The remains of a former extensive mountain cloud forest have been preserved on the edge of the Central African Rift. The ecological value of this forest is shown on the one hand by the abundant number of plant species, on the other hand this forest is a vital water reservoir for the country. The animal world also shows a great diversity of species with birds, amphibians, reptiles and mammals (chimpanzees, porcupines, etc.).

In the region of the Virunga volcanoes on the border between Rwanda, the Democratic Republic of the Congo and Uganda, just over 600 mountain gorillas live in the dense cloud forests at altitudes between 2,000 and 4,000 meters. Some of the volcanoes form today’s northern border of Rwanda and are under strict protection as part of the national park. They are on the edge of the Central African Rift Valley and some of them are still active today.

After the civil war, the areas inhabited by mountain gorillas are accessible and secured again. One to two-day tours are offered to the gorilla groups that are used to visitors. A maximum of eight visitors per day and gorilla group are permitted. The limitation of the number of visitors and WWF projects are intended to help ensure the survival of the mountain gorillas.