The agricultural sector, in sharp decline, employs less than 8.8% of the active population, contributing only 3.2% to the formation of the GDP: this production is, moreover, sufficient for the needs of South Africa. As in general in all the country’s productive sectors, government intervention was decisive in agriculture as well; it is mainly expressed in the measures undertaken to combat soil erosion (implementation of adequate cultivation techniques, extensive reforestation programs, etc.) and to ensure a sufficient water supply in a territory that loses, due to evaporation or overflow, the greatest part of the waters conveyed by rivers. Water Research is the commission set up to coordinate and promote the most appropriate research and hydrological safeguards. However, it should not be forgotten that even in the agricultural sector most of the benefits are enjoyed by white farmers, who own the best land by far. Consequently, as in other African states, the demarcation between subsistence agriculture and the much more flourishing industrial plantation agriculture is quite clear.

The country produces corn (the “corn triangle” extends between Mafikeng, Lesotho and Swaziland) based on a highly differentiated agriculture on a geographical basis, of which South Africa is by far the largest producer on the continent; the much lower production of wheat is widespread above all in the province of the Western Cape and in the eastern part of the Free State; minor cereals include sorghum, barley, oats, millet. The domestic market is for potatoes and various vegetable crops; in the coastal strip of Kawazulu-Natal there is sugar cane, cotton is widespread in the highlands, in an environment characterized by the regular alternation of the dry and rainy seasons and which also lends itself well to the cultivation of various oil crops, such as peanuts and sunflower, soybean and castor, as well as certain textile plants (agave sisalana, kenaf, phormium). Finally, fruit growing is very important (citrus fruits, apples, peaches, pears, plums and apricots), mostly destined for export and which, thanks to the variety of the country’s climatic conditions, allows the growth of species both typical of temperate and typical areas. tropical ones (pineapple, bananas, mangoes and papayas). The vine thrives in the Western Cape province and produces high quantities of very fine wines. § The not conspicuous forest resources are also well exploited (forests and woods covered 7.3% of the national territory in 2006), covering approx. 90% of internal needs. Forests extend mainly along the maritime slopes of the Cape ranges and on the Drakensbergs; among the most common essences there are tanning plants, such as wattle, and for work, such as eucalyptus, used in the mines for the trusses. § Overall due to its climatic characteristics, according to homosociety, South Africa lends itself, even more than to the flourishing agriculture, to the breeding of livestock: the pastures occupy approx. 69% of the territory, and are home to high quality cattle. The distribution of livestock is conditioned by the extent and nature of the pastures; thus cattle are concentrated in the wetter areas of the East and the North, that is, in the Kawazulu-Natal, Gauteng, Limpopo and Mpumalanga provinces, and in the Western Cape province and the Free State; more important, however, is the breeding of sheep. South Africa is a large producer of wool; but the sheep also provide the precious karakul hides. Among the goats, the Angora goats are of particular importance; the breeding of pigs, horses and poultry is of modest importance. § Fishing, being a modernly equipped and organized sector, is of considerable importance; the most abundant products (sardines, anchovies, mackerel, cod) are drawn from the cold Atlantic waters. Main fishing ports, equipped with adequate canning industries, are Port Nolloth, Lambert’s Bay, Saldanha, Cape Town and Hour Bay.

Due to the large reserves of hard coal, coal is the most important energy source, followed by oil and nuclear power. As one of the largest coal-fired power plants, the Kendal power plant near Witbank has been in operation since 1994 with a total output of 4,116 MW. Nuclear energy uses the only nuclear power plant Koeberg near Cape Town (2 reactors; 1,880 MW). Small oil and natural gas reserves off the coast near Mossel Bay are used; a conversion plant was put into operation in 1992. South Africa is not only the largest electricity producer and consumer in Africa, but also exports energy to neighboring countries. Because of the scarcity of water, water management plays an important role for industry, agriculture and the water supply of the population ( Oranje, Tugela, Vaal ). As part of the Lesotho Highlands Water Project, water is piped to South Africa in the catchment area of ​​the Vaal, especially in the greater Johannesburg area, via a network with Lesotho. 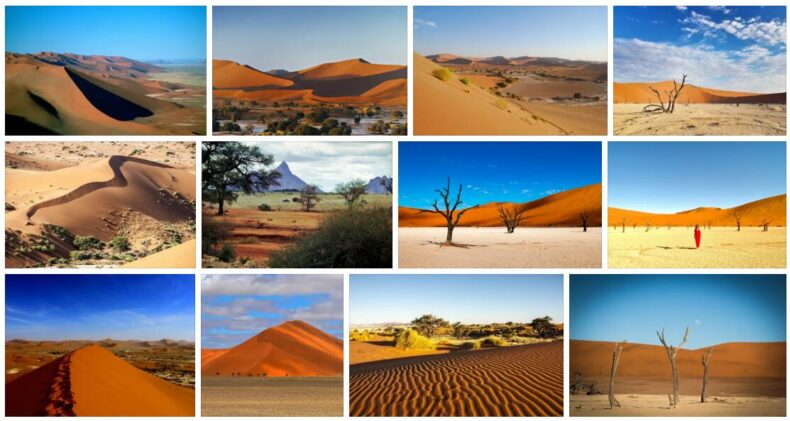