Senegal offers a variety of vacation options: Culture tours in St. Louis or on the island of Gorée, safaris in national parks such as Niokolo Koba, sunbathing on the beaches in Casamance in southern Senegal or city breaks in Dakar.

Senegal, along with its small, enclosed neighbor Gambia, is one of the touristy best developed areas of West Africa. The 500 km long coast is flat except for Cape Vert at the westernmost point in Africa. The best bathing beaches are on the Petite Côte and on the Cape Skirring in southern Senegal. Baobab, flame, kapok and eucalyptus trees, tamarinds and various palm trees dominate most of the landscape, while thick mangrove groves grow in the estuaries of the rivers.

Senegal was one of the first French colonies in Africa. Africans were granted French citizenship there early and were allowed to send a member of parliament to the Paris Chamber of Deputies. During the colonial period, Dakar was one of the important centers of French West Africa. Senegal has been independent since 1960, but there are still close ties to France.

The capital Dakar is mainly known to fans of motorsport for the world-famous Dakar Rally, formerly the Paris-Dakar Rally, which has been held annually since 1978. However, due to security problems, the Dakar Rally was moved to South America in 2009. What many may not know is the fact that not only cars take part in the rally, but also motorcycles and trucks.

Senegal is a wonderful travel destination. Calm, dreamlike landscapes and pristine nature characterize the entire country. Senegal is one of the developing countries, but the country is very different from other African countries. Senegal is significantly more developed than some other country on the continent. You don’t want to lure mass tourism into the country and do something about it, but the coasts of Senegal are among the crowd-pullers in West Africa.

The majority of Senegalese people live in agriculture. Nevertheless, only 16 percent of the total area of ​​the country is used for agriculture. This is mainly due to the climate, which is dry in large parts of the country. Relatively little rain falls, particularly in the northeast and east of the country. In addition, the temperatures in the interior are much higher than on the coast. The most common crops grown in Senegal are peanuts and cotton. Senegal is even one of the largest peanut suppliers worldwide.

Capital: Dakar (more than 2.5 million residents in the metropolitan area, about 1 million without suburbs, 2007).

Here is a current list of the largest cities in Senegal.

Form of government: Senegal has been a presidential republic since 1963, the constitution dates from 2001. The unicameral parliament is made up of 120 members. Senegal has been independent of France since April 4, 1960, and separated from the Union with Mali on August 20, 1960.

Language: the official language in Senegal is French. Wolof, Mandé, Ful, Peul and Malinké are widely used as colloquial languages.

Local time: CET – 1 h
In Senegal there is no change between summer and winter time.
The time difference to Central Europe is -1 h in winter and -2 h in summer.

Passport: is generally required for travel to Senegal. The passport must be valid for at least 6 months upon entry.
Citizens of the following countries are exempted if they enter an organized group: Germany, Austria, Belgium, Finland, France, Greece, Italy, Luxembourg, Netherlands, Portugal, Sweden and Spain.

Visa: Generally required, with the exception of citizens of the EU countries for stays of up to 90 days (exceptions: visas are required for nationals of Estonia, Latvia, Lithuania, Malta, Poland, Slovak Republic, Slovenia, Czech Republic, Hungary and Cyprus).

Transit: Transit travelers who travel on the same plane, do not leave the transit area and have travel documents do not need a transit visa.

Application: In person or by post at the consulate or the consular department of the embassy

Required documents for travelers who are subject to a visa requirement in Senegal: Tourist visa: valid passport that is valid for at least 6 months after the visa expires – 2 passport photos (no scans) – 2 originally filled out visa applications (no copy, no fax) – copy of the Travel / flight booking. Business visa : additional company letters.

Processing time: Personal application 1 day, by post about a week. Depending on the nationality of the applicant, the issuing of a visa can also take several months.

A long-term stay in Senegal requires a residence permit, which can also be applied for on site. If you are planning a longer stay in advance, you should bring a certificate of good conduct and a birth certificate for the residence permit. Entry requirements for German citizens can change at short notice.

Vaccinations: Information on international vaccination certificates required for entry can be found in the section Senegal – Health.

The same visa requirements apply to children as to their parents.
Minors up to 17 years of age who travel without a legal guardian require a notarized consent from them. 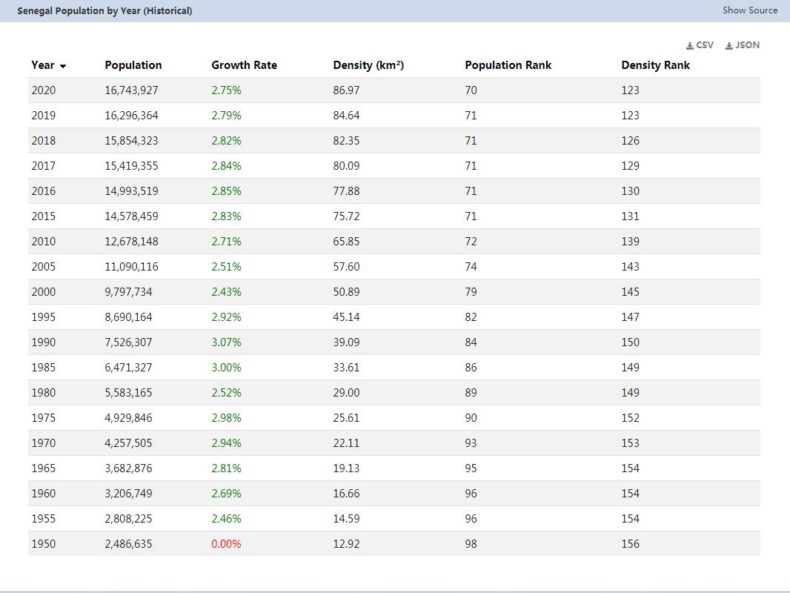